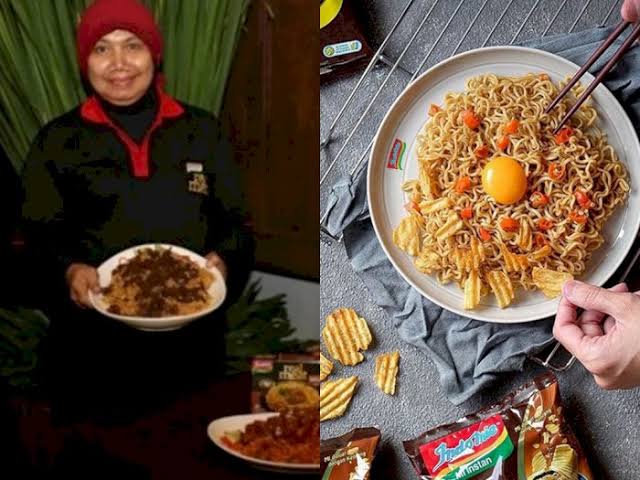 The woman behind instant noodle giant Indomie’s iconic flavour has passed away at the age of 59.

Tributes poured out for Nunuk Nuraini, who worked as a flavour development manager at the cult favourite Indonesian brand for nearly 30 years.

Many thanked her for her “legacy”, one calling her a “non-cape wearing hero”.

Indomie has become almost synonymous with instant noodles in Indonesia, where many have grown up eating the popular brand.

But it has in recent years also become a global hit, finding popularity not just across South East Asia but also Australia and Nigeria.

However, even though the brand now offers dozens of flavours, its “mi goreng” or fried noodle flavour, has consistently remained its most popular.

One social media user called her the “Mother of Indomie”, adding that she created the “most beautiful work”.

Others posted pictures of their own Indomie creations online. This caption in Indonesian reads: “My mainstay menu, fried egg, meatball and Indomie. Thank you Nunuk, you are a hero in our hearts.”

According to local news outlets quoting Indofood – the company which owns the noodle brand – Nuraini passed away on Wednesday afternoon.

The reason behind her death was not clear, though a spokesman said she had “returned peacefully to Allah”.