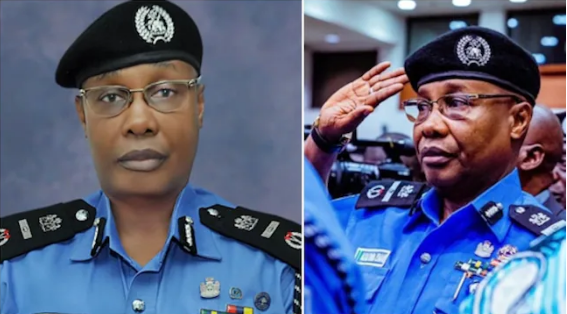 A traditional ruler in Ondo state, the Ajagunode of Ode community, Oba Adewale Boboye, has petitioned the Inspector General of Police, over an alleged murder, arson and wanton destruction of his property by some assailants who invaded his palace.
Oba Boboye alleged that some individuals within his community carried out the killing of three people in his palace and equally set the palace on fire on 10th December,  2020.
In a petition written on his behalf by his lawyer,  Morakinyo Ogele, he alleged that some 17 individuals of being behind the destruction and killings.
The petition read: We have the instructions of our aforementioned client to bring to your attention for necessary action the unlawful criminal invasion on his palace on 10th December,  2020 at about 1am by a group of assailants.
“The assailants invaded our client’s palace in Ode community on the aforementioned date while with dangerous weapons and murdered three persons in cold blood
“They have earlier on 3rd of December, 2020 burnt our client’s palace and cars to ashes  and carted away valuable in the process.  In specific terms,  our client’s Highlander Jeep worth N8m,  Honda Pilot Jeep which worth N3. 5m and a Lexus car worth N3m were all burnt by the assailants.
“immediately this incident happened,  our client immediately writes a petition to the office of the Commissioner of Police in Ondo state, but the officers assigned to handle and investigate this matter in the Criminal Investigative Department have failed, refused and or neglected to bring those involved in this dastardly act to book”
“It is indeed disheartening that something like this is happening in a society with constituted authority and the perpetrators have lived in the Akure metropolis and our client’s community, thus encouraging others with criminal deposition to toe the same path.
“They attempted to murder our client who was only lucky to escape assassination having missed death by whiskers. Our client now lives in apprehension as the gory accident had caused him untold psychological, mental and emotional trauma.

“The development indeed leaves much to be desired and calls for urgent intervention of the relevant authorities in your exalted office as a supervising authority to the office of the Commissioner of Police, Ondo state.
“The assailants ought to have been arrested and persecuted without further delay by the police in order to serve as deterrent to others who will be inclined to tow the same path.
The petition added that “We have our client’s instructions to implore you, to promptly use your good offices and order a thorough investigation of this case in addition to effecting the arrest and prosecution of the assailants without further delay in order to restore peace and order in Ode community, and also serve as a deterrent to other criminal-minded individuals in the community”