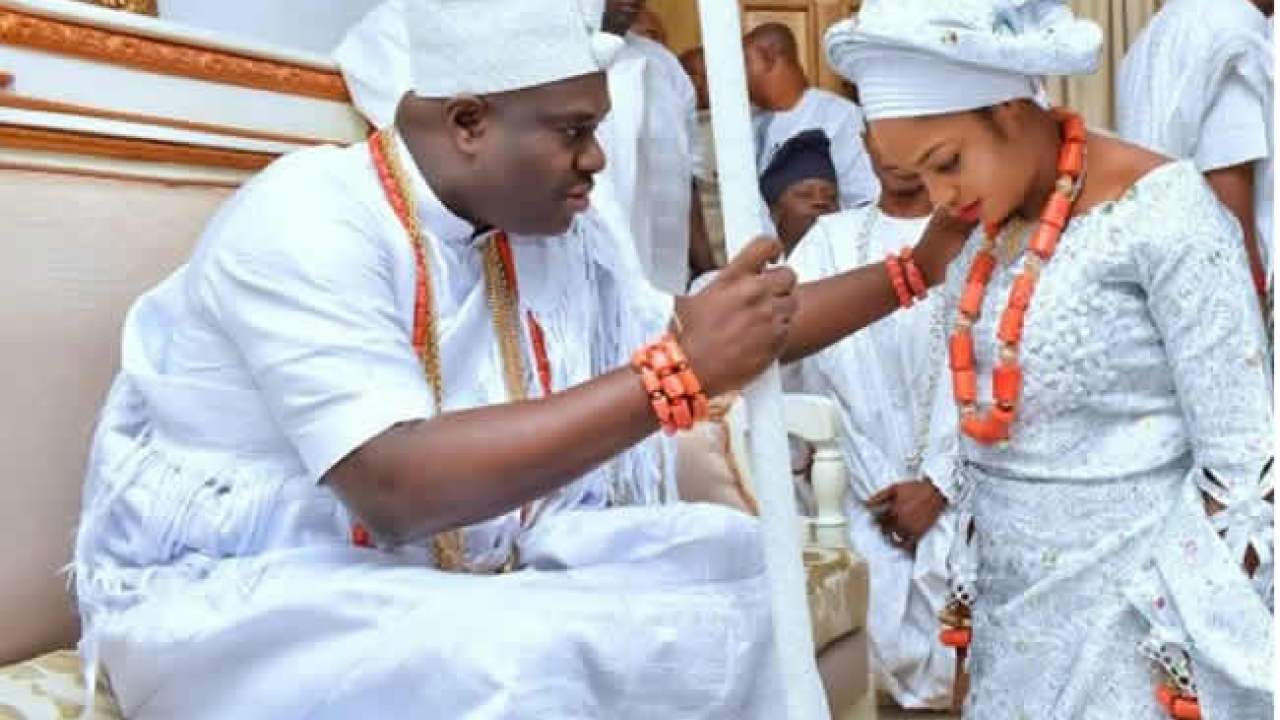 The Ooni of Ife, Oba Enitan Ogunwusi, has named his son after his predecessor, Oba Adesoji Aderemi, the 49th Ooni of Ife and in the third dynasty of Ife.

The monarch announced this on Wednesday, stating that this was in fulfilment of his earlier promise to do so.

The Ooni who announced the names of the Prince on his Twitter handle on Wednesday said, “ In accordance with the traditional rites lasting for 21 days with today marking the 8th day, and in keeping to my promise of naming our first prince after my predecessor the 49th Ooni of Ife in the 3rd dynasty of Ife.

“Pray to God to guide and keep him in fulfilment of his destiny.”

First photos and videos from the church wedding of Gospel artiste, Mercy Chinwo and Pastor Blessed