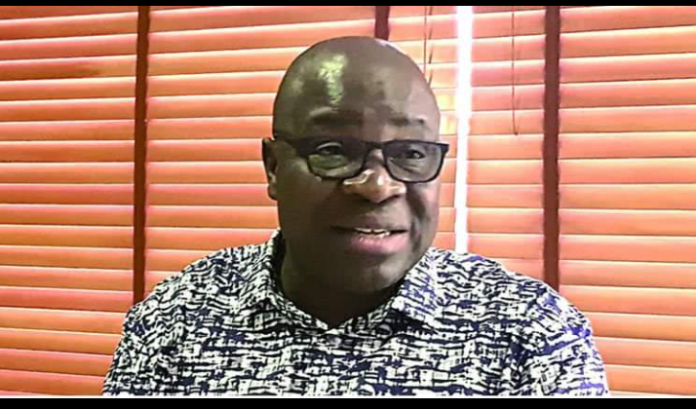 A section of the Ileogbo, Osun State, the residence of the Accord Party candidate for Osun July 16 governorship election, Dr. Akin Ogunbiyi, has been razed down by the fire.

An aide to the Chairman, Mutual Benefits Assurance, Stephen Owolabi, who confirmed the incident during a chat with our correspondent on Monday, said the fire started right in his bedroom and destroyed everything in there.

Owolabi also said the incident happened on Sunday after Ogunbiyi had left for Osogbo to attend a church service.

He said some people that were on the premises, had observed smoke and called Ogunbiyi, who at the time, was about to enter Osogbo.

“The fire started from his bedroom and then took everything in the bedroom. Nothing was left and it also affected some other places. It has done the damage before fire fighters would come. We didn’t suspect anyone.

“It happened Sunday morning. People were not at home. Ogunbiyi was coming to a Redeemed Church in Osogbo because he had an appointment there. He was about to reach Osogbo when he was called that they saw smoke in the house.

“He returned home and called firefighters but the whole bedroom was burnt before anything could be done. We didn’t suspect anybody, but till now, we don’t know the cause of the fire,” Owolabi concluded.