Over 100 Die Of Cholera In Niger 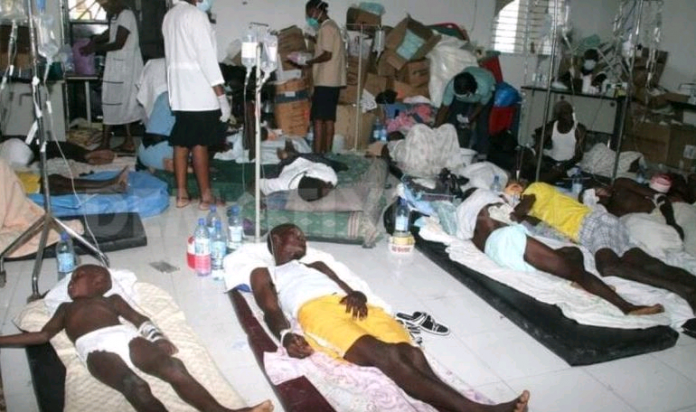 Dr. Mohammed Makusidi, the Niger State Commissioner for Health has disclosed that over 150 lives have been lost to cholera across the 25 local government areas of the state between April till date.

Makusidi stated this in Minna, the state capital, at the ongoing workshop by Pathfinder International. He said initially the disease was detected in about 18 councils but later spread to the entire 25 LGAs.

He explained that unlike the COVID-19 pandemic, the state government was able to tackle the disease outbreak adequately, while attributing it to human behaviours, environmental changes, open defecation among others.

According to him, “there is no local government in the state that has not been touched. We lost between 100 and 150 persons. Initially, we noticed it in 18 local governments and later spread to the 25 councils.

“And as part of our preparedness unlike COVID-19, it was highly anticipated due to human behaviours, environmental changes, we defecate everywhere, open defecation is still on the rempage. Government alone cannot do it, it’s everyone business.

“People need to have latrines or toilets in their homes because government cannot come and stop any one from open defecation”.

Asked on Polio myelitis, he explained that Nigeria so far has been certified polio free which was celebrated in the country, just as efforts are still being made by governments at all levels to maintain the tempo.

The commissioner further explained that at the moment, the Niger State Government still has budgetry provision on polio to ensure that it never resurfaces in the state.

“The tension is still high. Niger state Government is not relenting in the fight against Polio as there is still budgetry provision to ensure that it is gone completely,” Makusidi added.