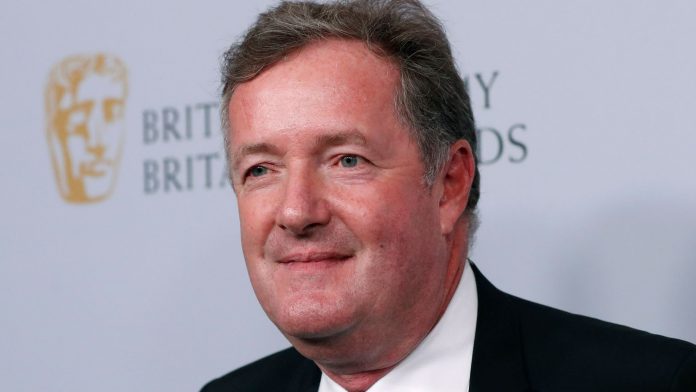 Piers Morgan has decided to leave Good Morning Britain after a row over remarks he made about the Duchess of Sussex’s mental health.

ITV said it had accepted the presenter’s decision to leave the breakfast show, saying in a statement: “Following discussions with ITV, Piers Morgan has decided now is the time to leave Good Morning Britain. ITV has accepted this decision and has nothing further to add.”

Ofcom has launched an investigation into Morgan’s comments, after receiving more than 41,000 complaints.

Morgan had made dismissive remarks on Monday’s show about Meghan’s claims during a tell-all interview with Oprah Winfrey that aired in the US on Sunday night to have had issues with her mental health.

Ofcom said it had received 41,015 complaints about Morgan’s comments as of early Tuesday afternoon and had launched an investigation into whether or not he had broken the UK broadcasting code.

In Winfrey’s interview with Meghan and her husband, Prince Harry, the duchess detailed how her mental health had deteriorated while she was pregnant amid a barrage of negative press and lack of support from “the firm” – the apparatus surrounding the royal household – which had repeatedly turned down her appeals for help and discouraged her from leaving the house for months.

“It was all happening just because I was breathing,” Meghan said, breaking down in tears during the interview, which was broadcast on ITV on Monday night. “I just didn’t want to be alive any more. That was a clear, real, frightening and constant thought.”

Morgan, who has been a constant critic of Meghan, questioned on Monday whether she was telling the truth. “Who did you go to?” he said on Monday morning’s GMB show. “What did they say to you? I’m sorry, I don’t believe a word she said, Meghan Markle. I wouldn’t believe it if she read me a weather report.”

During Tuesday’s programme, Morgan addressed his comments, saying: “When we talked about this yesterday, I said as an all-encompassing thing I don’t believe what Meghan Markle is saying generally in this interview, and I still have serious concerns about the veracity of a lot of what she said.

“But let me just state on the record my position about mental illness and on suicide. These are clearly extremely serious things that should be taken extremely seriously, and if someone is feeling that way they should get the treatment and help they need every time.”

On the same show, however, Morgan stormed off the set after the discussion about Meghan with his colleague Alex Beresford.

The weather presenter defended the couple, telling Morgan: “I understand you’ve got a personal relationship with Meghan Markle, or had one, and she cut you off. She’s entitled to cut you off if she wants to. Has she said anything about you since she cut you off? I don’t think she has but yet you continue to trash her.”

McCall added that ITV’s managing director of media and entertainment, Kevin Lygo, had been in discussion with Morgan in recent days regarding his coverage of the Harry and Meghan interview. She said Good Morning Britain was a balanced show, adding: “ITV has many voices and we try and represent many voices every day. It’s not about one opinion.”

A statement issued by Buckingham Palace on behalf of the Queen on Tuesday said the royal family was saddened by the revelations made in the Oprah interview and the issues raised around race were “concerning”.