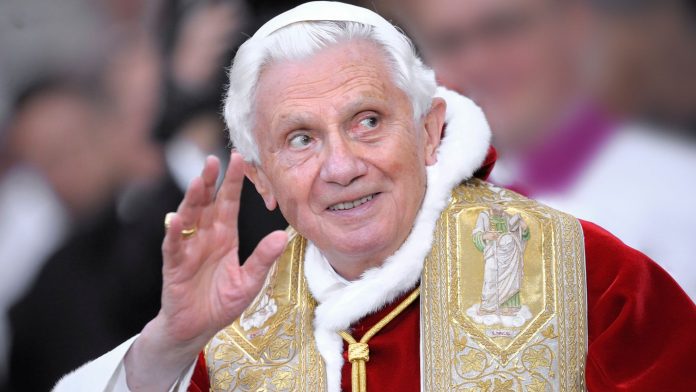 Pope Emeritus Benedict XVI funeral will take place in St Peter’s Square, the vast square in front of the basilica, on Thursday at 9:30am (08:30 GMT).

“As the Pope Emeritus wished, the funeral will be simple,” Vatican spokesman Matteo Bruni told journalists.

Pope Francis had alerted the world to Benedict’s frailness on Wednesday when he called on the world’s Catholics to pray for him.

He later visited him at the Mater Ecclesiae monastery inside the Vatican gardens which became Benedict’s home when he retired.

Bruni said the ex-pope had that same day received “the anointment of the sick”, or “last rites” as it is often called, a Catholic tradition in which a person’s soul is cleansed of sins in preparation for the afterlife.

That was performed at the end of a mass at his home, in the presence of the Memores Domini, four lay women similar to nuns, who lived with him.

The body of the German pope, whose birth name was Joseph Ratzinger, will stay at the monastery until early on Monday morning.

Then it will be taken to lie in state at St Peter’s Basilica, where the faithful can pay their respects over three days.

In 2005 the body of John Paul II, the last pope to die, also lay in state before a funeral mass in St Peter’s Square presided over by Ratzinger, then a senior cardinal.

An estimated one million people attended, alongside heads of state from around the world.