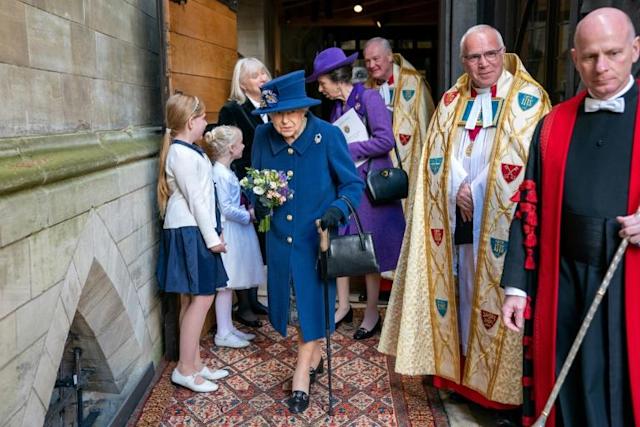 Queen Elizabeth II on Tuesday used a walking stick for the first time at a major public event, as she attended a church service at London’s Westminster Abbey.

The 95-year-old monarch stepped out of the car in which she was travelling with daughter Princess Anne holding a black stick — a rare sight for the record-breaking monarch.

The last time she was photographed using a stick was after undergoing a knee operation in 2004. Her office did not give any reason why she was using the walking aid Tuesday.

The Queen — Britain’s longest-serving monarch — has generally enjoyed good health in her old age, and a brief hospital stay with a stomach bug in 2013 was her last known bout of illness.

Her husband Philip, who was formally known as the Duke of Edinburgh, died on April 9 aged 99, just weeks short of his 100th birthday and after a period of illness.