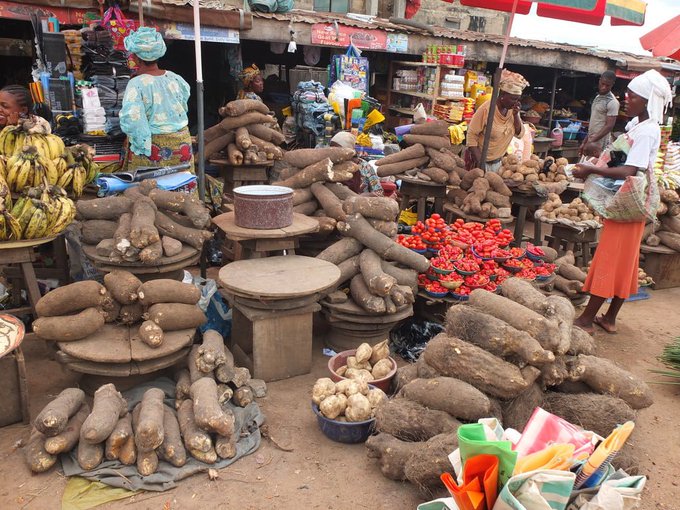 Even as the Muslim holy month of Ramadan is just a matter of days away, and adherents of the Islamic religion could be observed in high spirits getting set for the kick-off of the religious obligation of fasting, many of the markets within Osun State have continued to witness increased commercial activities.

In a visit to some markets by our correspondent on Saturday, traders and buyers were observed engaged in serious buying and selling.

Most buyers who spoke to newsmen stated that despite the fact that the cost of commodities had gone up in the few months due to inflation and insecurity in some parts of the country, preparation for Ramadan is in top gear and going to the market is part of the preparation for the fasting period.

At the popular Owode-Ede in Ede North local government area, commercial activities were at the peak in the market as it was the market day which comes up at intervals of five days.

Traders interviewed revealed that the rate of trading had dropped despite the fact that more people visit because of the preparation for the holy Muslim month of Ramadan.

A palm oil trader, Ramota Adisa stated that though palm oil is now available, the cost remains on the high side because of inflation.

According to her, “A five litre bottle of palm oil now goes for N2,100. Buyers would think that there is much gain in it for us, but that is not the case. The gain we realize from it isn’t much but as traders, we cannot because of the low gain margin close our shops.

“Business is business. At times, there is profit and loss, but our prayers is that when we experience a loss, it shouldn’t be more than what we cannot recover from comfortably.”

A vegetable seller, Ganiyat Salam in her explanation stated that though buyers often troop to Owode-Ede on its market days, they usually go home with less than what they came to buy.

While taking the side of other traders, she disclosed that the high cost of commodities in the market was not of their making but was as a result of events happening in the country.

She stated that in some parts of the country, farmers are now afraid of going to their farms for fear of being kidnapped or killed by bandits.

Buyers interviewed maintained that the cost of commodities in the markets has skyrocketed.

They lamented the fact that the amount of money at hand only ends up purchasing so little that many end up leaving the market with half of what they originally intend to buy.