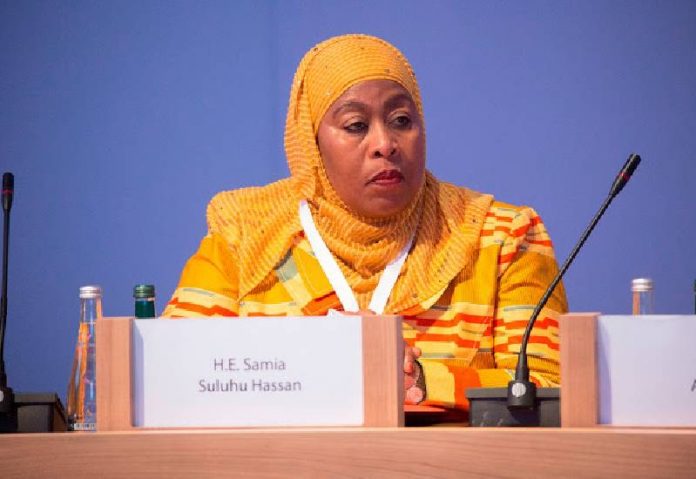 Under the country’s constitution, 61-year-old vice president Hassan will serve the remainder of Magufuli’s second five-year term, which does not expire until 2025.

A former office clerk and development worker, Samia Hassan began her political career in 2000 in her native Zanzibar, a semi-autonomous archipelago, before being elected to the national assembly on mainland Tanzania and eventually becoming a senior minister.

As a member of the ruling party, she steadily rose through the ranks until being picked by Magufuli to be his running mate in his first presidential election campaign in 2015.

The late president comfortably won and Hassan made history when sworn-in as the country’s first-ever female vice president.

The pair were re-elected last October in a disputed poll the opposition and independent observers said was marred by irregularities.

READ ALSO: North Korea says will ignore US while ‘hostile policy’ in place

Characterised as a reserved leader, Hassan had seldom been heard from until she appeared on national television wearing a black headscarf to announce that Magufuli had died aged 61 following a short illness.

She will consult the CCM over the appointing of a new vice president.

Hassan holds university qualifications from Tanzania, Britain and the United States. The soon-to-be-president has often spoken publicly to encourage Tanzanian women and girls to pursue their dreams.

“I may look polite, and do not shout when speaking, but the most important thing is that everyone understands what I say and things get done as I say,” Hassan said in a speech last year.

Analysts say Hassan will face early pressure from powerful Magufuli allies within the party, who dominate intelligence and other critical aspects of government, and would try and steer her decisions and agenda.

She is among a very small circle of women to lead East African nations. Burundi briefly had an acting female president in 1993, while both Mauritius and Ethiopia have had women appointed to the ceremonial role of president.