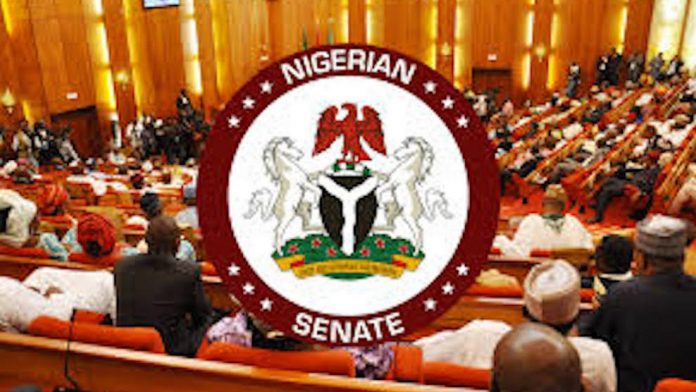 The Nigerian Senate on Wednesday approved $1.5bn and €995m external loans for the Federal Government.

The decision was taken after lawmakers considered the report of the Senate Committee on Local and Foreign Debts on the external borrowing plan of the Federal Government.

Chairman of the Committee, Clifford Ordia, presented the report of his panel.

The approval followed the consideration of a report by the Committee on Customs, Excise and Tariffs.

According to the lawmaker, “in the 2021 fiscal year, NCS revenue target was pegged at N1.465 trillion comprising of N1.267 trillion for Federation Account and N197.996 billion for Non-Federation Account, respectively. However, the Senate Committee deemed this target to be inadequate, while taking cognizance of the recently assented Finance Act, 2021.”

He explained that other factors such as expansion of excisable items, excise duties of carbonated drinks; tariff review on vehicles; re-opening of border; and projected increase on collectible duty of imports informed the upward review of revenue target for the NCS.