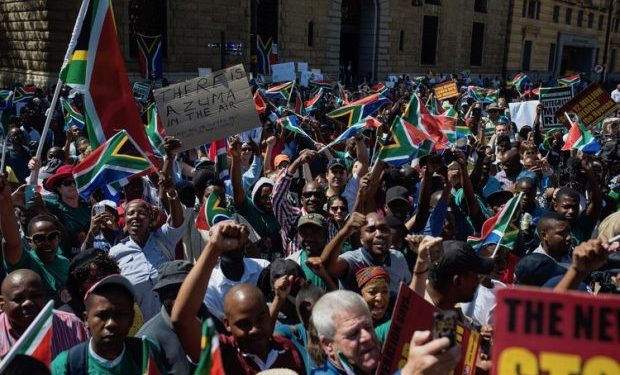 A South African top advocate, Ike Khumalo, has been caught on camera inciting a crowd of South Africans in Soweto and asking them not to regard “fighting for one’s country” as xenophobic attacks.

In the video below, Khumalo can be addressing the crowd and asking them to work together to solve the problem of foreigners.

He said, “Yes, we are all Africans – that’s what they say. But unfortunately, this African unity is not going to be here. They will show you that you are in a foreign land. I’m a South African. I’m not a tourist. We must cater for everyone. All these problems don’t belong to any political party.

“In the past, you tell us we were not educated, but if you go to a hospital, you will have to queue; foreigners are everywhere.

“There are people who think this issue does not affect them because they are doctors, nurses. But go to every suburb, you have foreigners. I don’t see anything xenophobic in fighting for your country.”

Recall that it was earlier reported on Thursday that violent groups Wednesday led a protest in Soweto, South Africa, calling for the expulsion of foreigners and non-nationals which led to tension in the South African city.

READ ALSO: One of the abducted Kebbi students die as troops rescue five