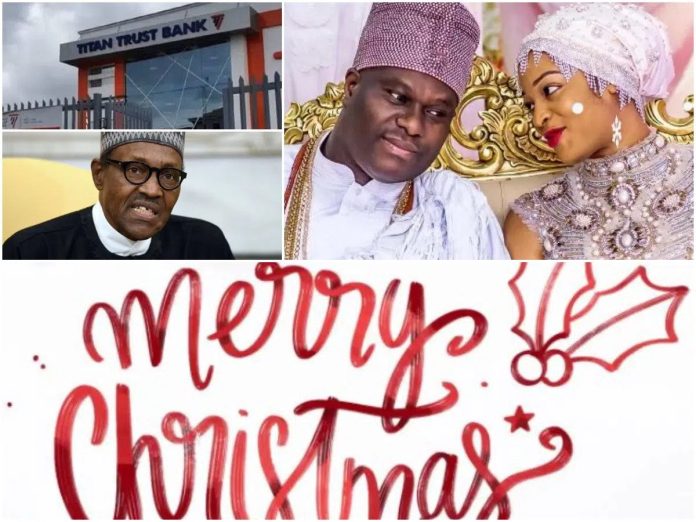 We are reviewing these and many more this past week.

President Muhammadu Buhari during the week failed to sign the 2021 Electoral Act Amendment Bill into law.

President stated reasons he declined assent to the bill in a letter forwarded to Senate President Ahmad Lawan, which will be read during Tuesday plenary.

One of the reasons given by the President is that assenting to the bill would cause trouble among the political parties in the country.

Another reason given by the President is that the direct primaries mode of picking candidates by political parties in the amended Electoral Act was dangerous to the political atmosphere.

President supported parties conducting their primaries either directly or Indirectly, adding that their various constitutions support such provisions.

Buhari also rejected the bill due to the fact that direct primaries would mean forcing the parties to go against their constitutions.

The Speaker of the House of Representatives, Femi Gbajabiamila, denied a plan by members of the National Assembly to override President Muhammadu Buhari’s decision on the Electoral Act Amendment Bill.

Frank Talk Now had reported that President Buhari failed to sign the bill into law due to the compulsory use of direct primary to pick candidates.

In a letter sent to the National Assembly, Buhari said assenting to the bill may open up the electoral system to a series of litigations from party members and stakeholders.

He stated that the adoption of direct primaries violates the spirit of democracy and would fuel corruption as well as encourage the monetization of elections.

But in an interview with reporters after meeting with Buhari at the Presidential Villa in Abuja on Friday, Gbajabiamila said there was no plan to veto the president on the bill.

The wife of the Ooni of Ife, Olori Silekunola Naomi, on Thursday announced her divorce from Oba Adeyeye Ogunwusi.

In a statement on her Instagram page, Olori Naomi said her decision to end the three-year marriage was due to irreconcilable differences and not based on the decision of the monarch to marry another queen.

The evangelist disclosed that she tried to make the marriage work but said the monarch’s public identity is clashing with his true self.

She wrote: “I bless the Lord almighty for His faithfulness in the last 3years of my marriage. In life’s journey, it isn’t how far. Still, how well, indeed though satan should buffet if trials should come, I have this blessed assurance controlling all situations and saying to me it is well with my soul. Certainly, it is well. I made my journey into the ancient throne of Ife with faith in my heart and love for the keeper of it.

“Few impressions I would love to correct. If anyone knows otherwise, they are free to come up with facts. Let it be known that this decision to move on did not come because his majesty is married to another queen. As many would love to assume, throughout our life as a couple, I was the only married wife to him. There were side attractions, but it was never an issue.”

Ooni’s spokesman, Moses Olafare, said the alleged divorce is a rumour, asking the public to disregard the claim.

He said: “This is not the first time such rumours had been peddled. There was a time it was reported that she left the palace and the next thing, she gave birth. So, the story is not true and it should not be taken seriously.”

President Muhammadu Buhari in his 2021 Christmas message told Nigerians that his government will not fail to accomplish all its campaign promises before leaving office in 2023.

Frank Talk Now reports that the number one citizen felicitated with Christians and the entire citizens as they celebrate another Christmas in commemoration of the birth of Jesus Christ.

Buhari in a statement signed by him and made available to newsmen on Friday expressed sorry that the world will not be able to celebrate Christmas again this year as it used to in years past, due to the resurgence of the Coronavirus pandemic in its new variant, Omicron.

While lamenting the situation caused by the pandemic, the President seized the opportunity to appeal to Nigerians to embrace vaccination, which according to him is “the best scientifically known bulwark against the pandemic.”

On his part, former President Dr Goodluck Ebele Jonathan asked Nigerians to live with optimism, sacrifice, peace and love towards one another during this festive period.

Jonathan made this known in a goodwill message to Christians on Friday titled ‘Compliments of the Season Dear Friends, Patriots and Christians Around the World’.

He advised Nigerians and others around the world to embrace peace and show love to one another, as a reflection of what Christmas symbolises for all of humanity.

The former President also noted that Christmas presents to the world, rays of hope and optimism, in the midst of difficulties occasioned by the Covid-19 pandemic and other challenges.

He said: “The birthday of Jesus Christ is symbolic of love, victory, sacrifice and the sufficiency of joy and peace to the world.

“I am delighted to join you all to celebrate this year’s Christmas. The year has been defined by remarkable events across the world with COVID-19 and its many variants disrupting our systems, economies and social lives.”

Naija News gathered that the explosion occurred in the early hours of Friday.

Firefighters and men of the Nigerian Security and Civil Defence Corps (NSCDC) swooped the scene to salvage the situation.

Nigeria’s business, banking and financial world got a shocker with reports of the official take over of Union Bank by Titan Trust Bank.

Not much was known about Titan Trust Bank aside the fact that it is reportedly owned by Tunde Lemo, a former Deputy Governor of the Central Bank of Nigeria (CBN).

Naija News reports that the Board of Union Bank of Nigeria Plc (Union Bank) had on Thursday notified the NGX and Securities Exchange Commission of the take over.

According to Union Bank board, its investors Union Global Partners Limited, Atlas Mara Limited and other shareholders reached an agreement with Titan Trust Bank Limited (TTB) to divest their shareholding in Union Bank to TTB.

It was gathered that the agreement, which is subject to regulatory approvals and other financial conditions, will upon completion transfer 89.39% of Union Bank’s issued share capital to TTB.

That will be all for this week! Next week is another time.