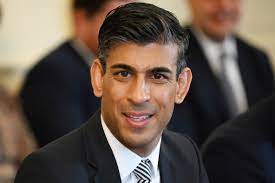 The UK government is considering putting up hurdles for overseas students’ loved ones and reducing admission to lower-ranked colleges in order to reduce total numbers, according to Daily Mail.

This would be in line with proposals being explored by Home Secretary Suella Braverman, who has previously complained about foreign students “bringing in family members who can piggyback onto their student visa” and “propping up, frankly, substandard courses in inadequate institutions”.

READ ALSO: 2023: INEC orders Tinubu, Atiku, Peter Obi, others not to spend above N5bn for campaigns

The estimates were compiled by the Office for National Statistics (ONS), which stated that the increase was driven by “unusual” factors such as visa schemes for Ukrainians and Hong Kong citizens, as well as more students arriving from outside the European Union following the lifting of COVID restrictions.

According to the ONS, people arriving on study visas accounted for the greatest proportion of long-term immigration of non-EU nationals, accounting for 277,000, or 39% of the total.

The official said: “We’re considering all options to make sure the immigration system is delivering, and that does include looking at the issue of student dependents and low-quality degrees.”

Such a move could meet resistance from other parts of Whitehall like the Department for Education, which could raise concerns over universities’ funding if the number of high fee-paying international students is cut.

The Russell Group of elite universities said that high numbers of foreign students “should be seen as a UK success story” and highlighted official figures showing that those on study visas are 97.5% compliant in leaving when their right to remain expires.

Sky News understands that plans for a student visa crackdown have not moved on since the home secretary said she would look at it in October, with the Home Office more focused on tackling small boat crossings – or what it calls “illegal immigration”.