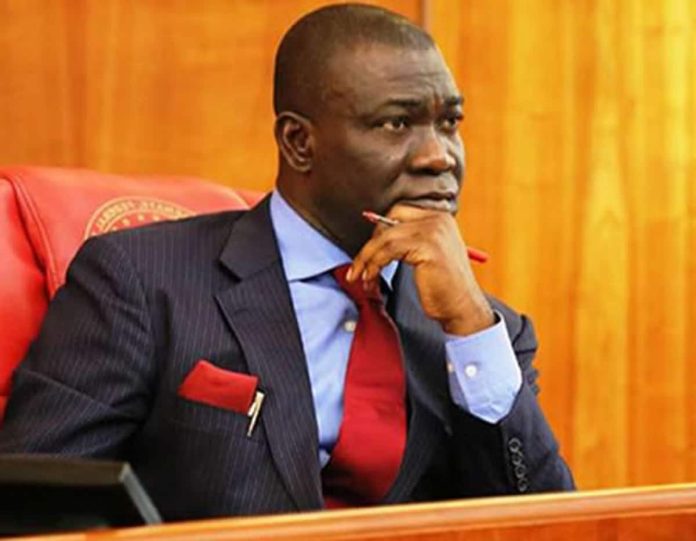 The University of Lincoln, United Kingdom, has suspended the embattled former Deputy Senate President, Ike Ekweremadu, whom it recently appointed as a visiting professor, Corporate and International Linkages.
This comes amid charges against Ekweremadu and his wife, Beatrice Nwanneka of allegedly conspiring to traffic a child to the European country for organ harvesting.
The alleged victim, one Ukpo Nwamini David was said to have been trafficked from Nigeria and entered the UK with the passport of a 21-year-old man.
The London Mail yesterday quoted the university’s spokesperson as saying that Ekweremadu’s duties at the institution had been suspended for the time being.
“Visiting professors are often, as is in this case, non-resident at the university, unpaid and advisory,” the university’s spokesperson said.

“We are deeply concerned about the nature of these allegations, but as this is an active police investigation, we cannot comment further at this stage.
“Whilst this matter is subject to investigation, this person will not be undertaking any duties as visiting professor at Lincoln.”
Ekweremadu in a tweet on June 12 noted, “It was a pleasure and an honour to receive a letter of appointment by the University of Lincoln, UK, as Visiting Professor of Corporate and International Linkages.
“I also got a highly treasured gift – a copy of the Magna Carta. It was created in 1215, about 807 years ago.”
Meanwhile, there are claims that the teenager at the centre of the organ harvesting allegation, is said to have entered the United Kingdom (UK) on the claim that he was 21 years old.
According to a report by London Mail, David also did not know that he was taken to London for the purpose of donating his kidney.
“The 15-year-old was given the passport of a 21-year-old in order to get into the UK, but did not know he was there to donate a kidney until he went for a hospital appointment in London, a court heard yesterday (Thursday),” the Mail quoted Prosecutor Damla Ayas as telling the Uxbridge Magistrates Court.
The prosecutor said the passport was illegally procured.
The newspaper added: “After he (David) arrived in the capital in February, he had a string of medical appointments about kidney donation, but a consultant at the Royal Free Hospital in Hampstead, North London, became concerned about the boy’s real age and if he knew he was there to donate an organ, it is alleged.
“’He was provided with a medical travel visa saying the purpose of the travel was to provide medical treatment for the defendants’ daughter who was undergoing dialysis in relation to a number of health issues.
“It was premeditated, it was planned. Blood tests were obtained in Nigeria and he travelled to the UK in February this year.
“He was taken to several medical appointments, in particular a medical appointment at the Royal Free Hospital, and was spoken to by a consultant about the organ harvesting for a kidney transplant.
“The consultant was concerned about his actual age and was concerned he was not aware he was the donor of the kidney. He only found out that the purpose of his visit was for an organ transplant when he visited the hospital.”
The couple is charged with conspiracy to arrange or facilitate the travel of another person with a view to exploitation, namely organ harvesting.
The kidney was meant for their daughter, Sonia, who requires a kidney transplant.
They face a 10-year jail term if found guilty.