If anyone had doubted the ability of our egg-heads in this country to put up a fight whenever they think a particular issue is not in their favour, their swift reactions to the removal of the vice chancellor of the University of Lagos, Professor Oluwatoyin Ogundipe,, on Wednesday, should be enough to make one  have a rethink.

Hours before the university’s Governing Council, headed by Babawale Babalakin, issued the official statement on the removal of the VC; the academics seemed to be battle ready. One could deduce this from messages across social media platforms suggesting the need to fight against institutional regulations that were said to have been stepped upon and ridiculed. All of a sudden, all hell broke loose. The tension was palpable. By the time, the Registrar issued the official statement on the removal; the social media was filled with analysis and counter analysis of how a VC could be removed.

The embattled Ogundipe also issued his own statement, claiming to be in charge. He said members of the public should ignore the pronouncement by the university Registrar, Azees Oladejo, thus leaving the public confused as to who to believe. The governing council waited till midnight before announcing the acting vice chancellor for the university. It has named   Prof Theophilus Soyombo of the university’s Faculty of Social Sciences to replace Ogundipe, in acting capacity. Hopefully, this will put an end to the initial confusion but it may also be the beginning of another round of crisis in the ivory tower.

In fact, as far as the law is concerned, Ogundipe stands removed as UNILAG VC whether he agrees with that decision or not.  This is not the same thing as saying that he was rightly or wrongfully removed.  Just that in the eyes of the law, he was duly removed as the VC. As a matter of fact, the only option opened to Ogundipe now is an appeal to the university’s Visitor which in this case is President Muhammadu Buhari. He may ask for fair hearing which he is also entitled to under the law. The President reserves the right to either grant this request or not.

However, the governing council is expected to follow due process in doing this. That is why the council is legally bound to constitute a Joint Committee of Council and Senate to investigate allegations against a Vice-Chancellor which reports its findings to the Council. Where the allegations are proved, the Council may remove the Vice-Chancellor or apply any other disciplinary action as it deems fit and notify the Visitor accordingly. 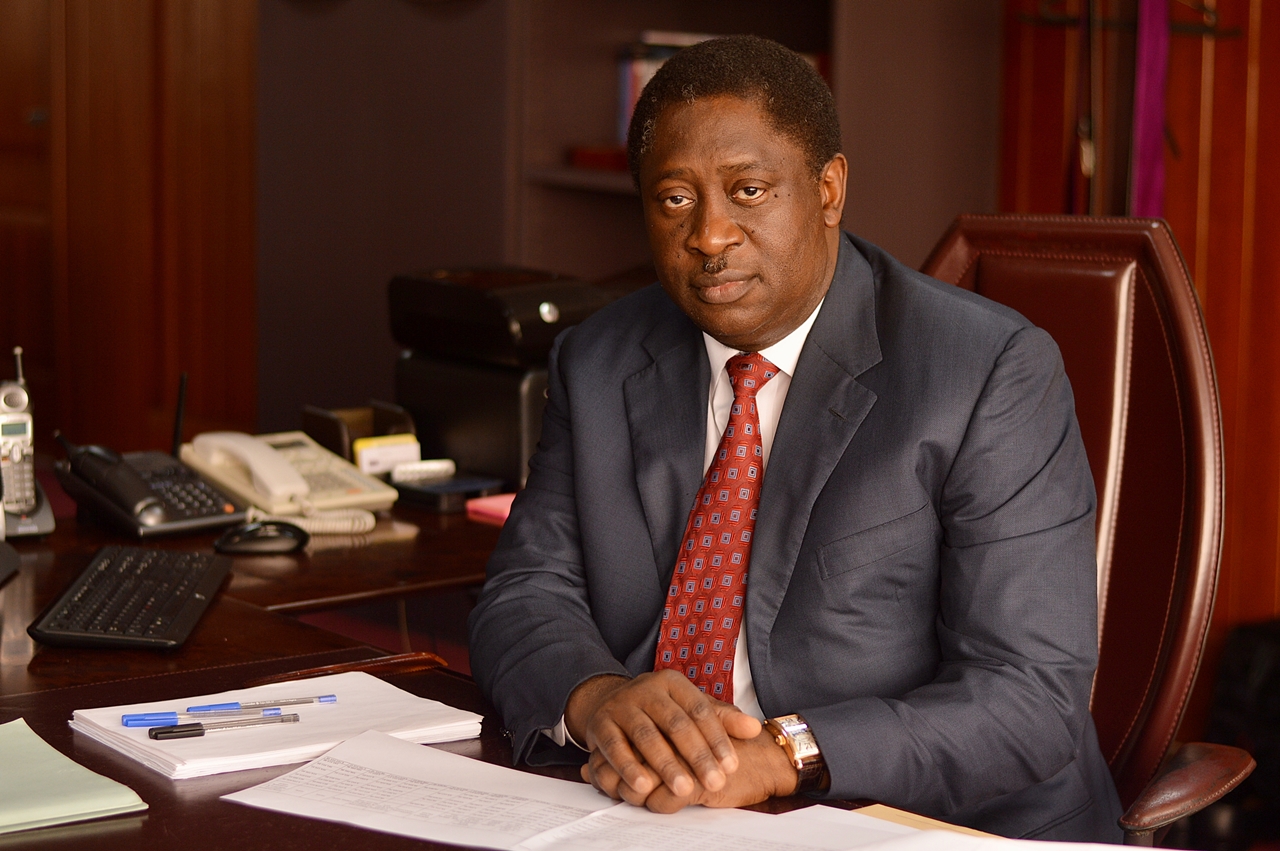 In the case of Ogundipe, he was actually investigated as confirmed by Prof.  Lesi and Prof.  Oboh, both Senate representatives on Council. According to the duo,  a sub-committee headed by Dr. Saminu Dagari,  was earlier set up to monitor the  university’s expenditure since 2017.  However, deliberation on that report was not part of the agenda of Wednesday’s meeting.  Also, a separate panel was supposed to look into the findings of  Dagari’s Report before a decision should be taken on the VC. The two dons said the report had earlier been considered in March 2019 but the response of the VC and others had not been considered by the Council in plenary before the Pro chancellor subjected the VC’s removal into vote.  In other words, there are allegations of corruption against the VC, the Dagari Report indicted him, but the alleged infraction had not been proven by another panel before a punitive measure was taken against him.

The truth is there is little or no love lost between the chairman of the governing council and the university management.  Both have been at loggerheads over expenditures made in 2017.   The council chairman had in 2019 queried the institution’s management through the Registrar who doubles as the secretary to the council for alleged financial misappropriation and contract infractions. But the university management in turn accused the council chairman of planning to head the institution’s tenders’ board.

This led to the House of Representatives Committee on Procurement wading into the matter in June 2019.  At the end of the day, the VC was absolved of financial impropriety, while the reps also said there was no evidence to suggest that Wale Babalakin was planning to take over the headship of the institution’s tenders’ board. In fact, the reps said contrary to allegations of violations of extant laws and corruption levelled against the university management, it found the institution’s financial records clean.

To put it in a nutshell, the foregoing culminated in Wednesday’s removal of the vice chancellor. For me, the sad thing is that none of the issues at stake, has anything to do with the students, who are the real reasons behind the establishment of the university. Everything is about contracts and money. One may even be tempted to think that the university was simply set up for the purpose of awarding contracts. I might be wrong but I can’t remember a time when UNILAG was so much in the news as it is now over any major breakthrough in recent times. And to think that an academic community  that has been unusually silent at a time when the world was creating alternative learning channels for their students in addition to finding cure for COVID-19, could suddenly gear back to life,  is most amazing. I even learnt that members of the Academic Staff Union of Universities (ASUU) are planning to hold their congress on this same issue.

While one may understand the need to guide against authoritarianism in our universities,  what I can’t grasp is  why the academic community is always swift to fight for anything that concern them and fails to display the same zeal and zest in approaching its primary responsibility of teaching in our universities.

For instance, lecturers go on strike for months without thinking of the implication on the students.  Though they claim the strikes are aimed at improving the standard of education and infrastructural facilities on our campuses, we know that nothing much has been accomplished in these directions despite past strike actions.   Rather, facilities in our university hostels have gone from bad to worse. The toilets are still bad, lecture theatres overcrowded; many universities don’t have running water-students fetch water from stream; while halls of residences are invaded by bedbugs. Somebody shared the picture of a university hostel in Nigeria and that of a prison in Norway. The difference is more than clear.

Many university libraries are nothing to write home about. In fact, things have gone from bad to worse in many of our institutions. This makes one to wonder how all the so-called industrial actions have been of benefit to the students -nothing.  Nigerian students have become the grass that suffers whenever the elephants in our education sector decide to fight. 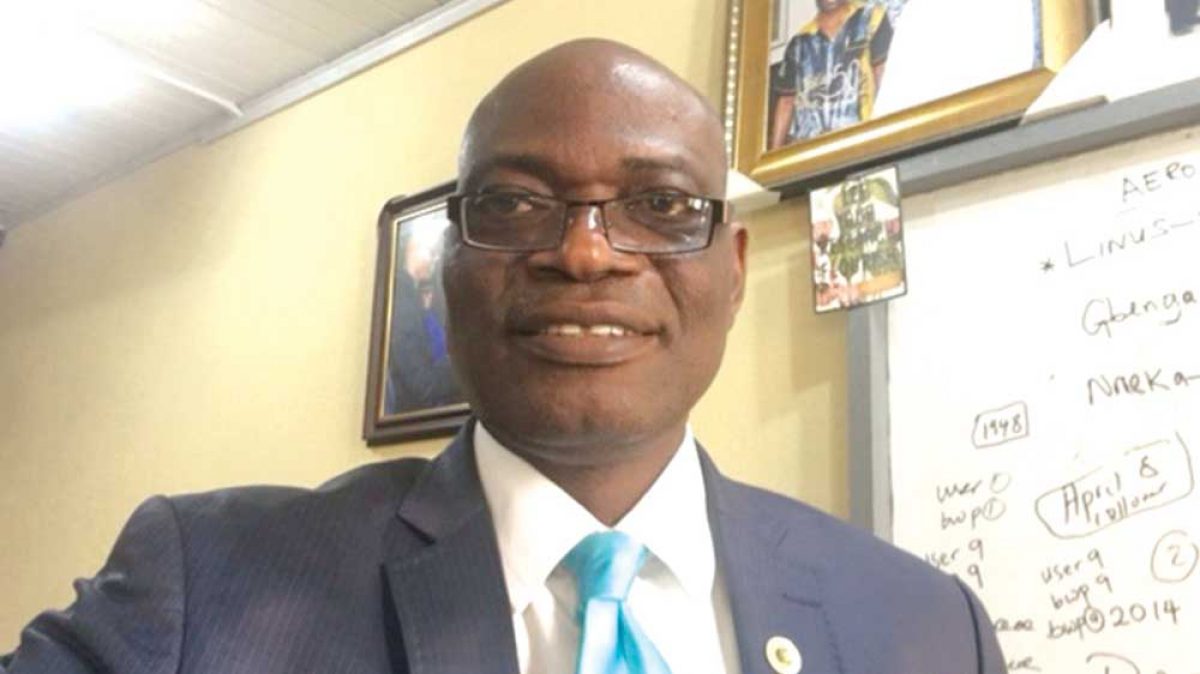 Can we just imagine what UNILAG would have been if the governing council had been more student-centred?  Imagine the council and the school management having a common purpose of making the university Nigeria’s version of Harvard or Cambridge and the products most sought after in the employment market. Would they have the luxury of engaging in this show of shame?  Apparently, the students are the least of their concern.  Even the ones that were meant to do their graduation long before COVID-19 struck were denied the experience all in the name of this battle of the elephants.

Meanwhile, corruption is likely to be a recurring decimal in our universities due to lack of corporate governance in these institutions.  The way Nigeria runs its enterprises encourages  corruption.  I mean it is only a spendthrift like Nigeria that will invest billions of Naira in a venture and won’t bother to see how the money is being managed, which is what is happening in Nigerian federal universities.  The Federal Government has refused to constitute visitation panels to these institutions. These panels are supposed to visit these universities once in five years but I doubt if UNILAG has been visited in the last 10 years.  What will it cost a government to set up a visitation panel?  What can we expect from an institution that is left to operate without supervision?  Give it to ASUU, the union has always asked the Federal Government to constitute visitation panels to universities.  Just last month, the minister of education said the government would soon constitute the panels but he wasn’t specific on the time.

Why should a university like UNILAG be struggling to provide facilities for online learning for instance? These students have been home for over four months. The Council Chairman never for once said anything about the need for them to access learning online. But the governing council knew how to move a meeting to Abuja for political reasons. This is a shame.  Nearly all the private universities in Nigeria have finished their second semester despite COVID-19.  And all that the management and the governing council of UNILAG can do is to treat Nigerians to another level of theatricals just like the politicians, washing their dirty linen in  public.  This doesn’t make sense at all! UNILAG should be an Ivory tower not a tower of Babel.

Olabisi Deji-Folutile is the editor-in-chief of franktalknow.com and member, Nigerian Guild of Editors. Email: bisideji@yahoo.co.uk