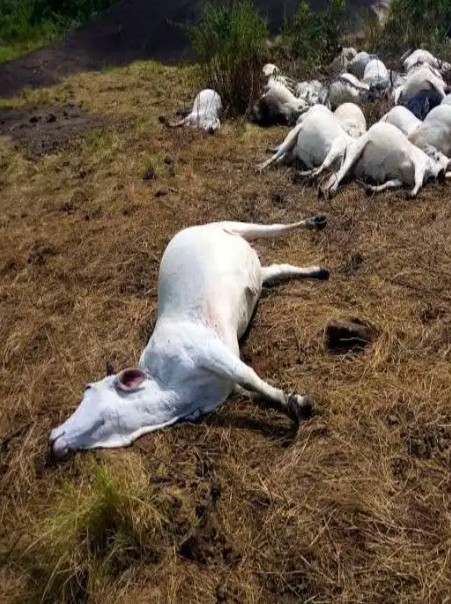 The Gunmen on motorbikes defiled the curfew put in place by the state government to carry out the attack, early Sunday Morning, which resulted in the death of atleast 12 cows, while the Fulani herders took to their heels.

The chairman of Essien Udim Local Government, Mr Anthony Luke, while reacting to the development, described the incident as unfortunate, “giving the fact the Local Government has in the recent times become an epicentre of cults war with security agencies including the Police, Customs and Army as well as government institutions as objects of attack.”

READ ALSO: Uzodimma to agents of terror: We are coming for you, we have your names

Facebook
Twitter
WhatsApp
Linkedin
Telegram
Previous articleUzodimma to agents of terror: We are coming for you, we have your names
Next articleSSANU: Strike Looms In Universities As FG Fails April Deadline Agreement