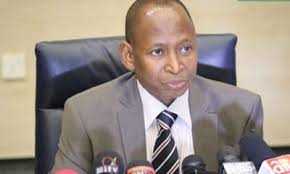 The Accountant General of the Federation,  Ahmed Idris,  has admitted that the Federal Government paid some deceased lecturers when it recently paid the withheld salaries of striking members of the Academic Staff Union of Universities (ASUU),  blaming the mistake on university management.

Reacting to the criticism of the union that the Federal Government ended up paying dead lecturers through the controversial Integrated Personnel Payroll System (IPPIS), Idris accused  the managements of some  universities of deliberately including names of   deceased lecturers for fraudulent reasons.

According to him,  universities provided the list of staff used in effecting payment to the lecturers, adding that government only acted on the list provided by the universities.

He said, “ It means the institutions deliberately forwarded to IPPIS the list containing dead ASUU members as being part of their personnel, to get more personnel fund.

“It is the responsibility of the institutions or agencies to inform the IPPIS office about death, resignation or exit from service before due date. We sent payroll analysis to the tertiary institutions’ bursars for review of any omission or names to be excluded.”

He explained that some lecturers did not receive  their salaries  due to lack of uniformity between the names in banks’ databases and on the payrolls sent by the institutions.

He said salary payment through the IPPIS platform was personal and does not recognise joint accounts operated by two or more persons, adding  that  “ about 1,180 Bank Verification Numbers (BVNs) sent for validation and confirmation of account details failed the test and were rejected.”

Those not paid, he said, were lecturers who failed to update their bank details, “including those who got married.” Recall that ASUU has been opposed to the implementation of the IPPIS.