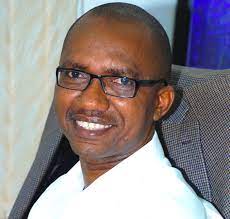 The advent of any significant changes in technology has often triggered concerns about the fate of journalism. Even in the infancy of social media, TIME covered one of its editions on February 5, 2009, with concern about the imminent death of journalism. To drive home the point, the graphic was illustrated with a copy of the New York Times wrapping a tilapia.

But can the survival of journalism as we know it today be taken for granted in the midst of the extraordinary changes in technology and ICT? In 5, 10 or 20 years, will there be any dots to connect between technology and journalism or would the profession be submerged in a sea change?

In Artificial Intelligence: A Modern Approach, Stuart J Russell and Peter Norvig’s groundbreaking, expansive study on AI, first published in 1995 and released in its fourth edition in 2020, the computer scientists and scholars offer a sharp and comprehensive introduction to the foundations of artificial intelligence. The book covers a diverse range of fields from philosophy to mathematics, neuroscience and psychology, and linguistics.

In a particularly memorable passage, the authors said, “We don’t want machines that are intelligent in the sense of pursuing their objectives; we want them to pursue our objectives.”

The extent to which this goal is achievable, and whether it should be desirable in the first place, has, of course, been a subject of vigorous and prolonged debate.

There are those rightfully concerned that the oncoming waves of automation would exacerbate existing inequalities between workers whose backgrounds have afforded them education and other social privileges that put them at the higher ends of well-paying tech jobs and those who depend on jobs that would most likely be phased out by automated systems.

The stats may not amplify these fears but they do not allay them either. A report from Mckinsey studying skill shifts in the workforce in Europe and the United States says that between 2016 and 2030 the demand for technological skills would increase significantly compared with the demand for manual and basic cognitive skills. The prospects may be slower in Africa, but they are creeping up.

When I joined PUNCH in 1989 the dominant way of collecting the news from offices outside Lagos, the headquarters, was by radio. We had a few telephone lines alright, but they were congested and unreliable. Reporters filed in a few copies from the states by telex, but the bulk was by radio. The compugraphic machines, galleys, and cow gum did the rest of the prepress job. That was over three decades ago.

We deployed reporters in Sheraton Hotels, Lagos, where they spun war stories from Baghdad by watching the TV at the reception over a bottle of coke taken for hours. Somehow, through improvisation and compelling designs, the paper became a hit.

What happened in PUNCH was emblematic of the crises that the industry faced after the prosperous seventies and eighties.

As production costs increased and infrastructure deteriorated, however, the response of the press, in particular, was not necessarily to find smarter, more efficient ways of distributing content. Instead, media owners embarked on a binge of buying fleets of distribution vans and producing multiple editions, with very little returns on inventory.

With advertising naira shrinking, advertisers began to insist on data, forcing the opaque newspaper industry to begin to face its own demon. Adoption of new practices, and improvements in internal methods to make them more efficient and customer-centric – including deployment of new technologies – became not a matter of choice, but of survival for the industry.

Today, a number of media houses (print and broadcast) have strong social media platforms and even web-first news policies, while strictly online brands such as Sahara Reporters, Premium Times, The Cable, and Peoples Gazette, to name a few, have become significant players, using an extensive degree of new technologies to collect, process and share content and earn revenue.

However, of all these developments, the arrival of citizen journalists on the one hand and the AI-powered robots on the other, are perhaps the most significant occurrences in journalism.

It seemed OK when technology led to mechanized farming, brought changes in the mode and speed of transportation, and even transformed the textile and culinary industries. Journalists were happy to herald these changes.

As soon as technological changes arrived at the doorsteps of the profession, however, with the distinct possibilities that non-journalists could use and deploy them in everyday life, the alarm bells were set off, sounding like a tribal call against the invasion of aliens: AI was The Beast!

Yet, by focusing on more routine and menial tasks, it is believed that automation frees journalists up for more comprehensive, in-depth reporting, significantly improving the quality of journalistic work.

Sharing examples of how journalism and robots are connecting and finding common grounds elsewhere raises the natural question: where does that leave the Nigerian journalist?

Incursions by bloggers, influencers, and corporates using non-traditional news channels to share valuable content have challenged the mainstream media. Also, the increased entry into the profession of persons with non-formal-media background has improved the profession both in its diversity and deepened its adoption rate of new technologies.

Through hackathons, and collaboration of media and non-media persons, for example, robotics have been deployed in sourcing data that shine the light on community problems regarding access to healthcare, education, and job creation.

Media organisations either work collaboratively on independently also deploy drones in previously inaccessible communities, to gather content, especially in conflict situations. Although this practice is still not sufficiently widespread because of costs, inertia – and even grey regulatory areas sometimes – an increasing level of training and collaboration might see improvements in the years ahead.

It is true that the role of the journalist is changing, and I believe future developments in the field will give journalists more power and responsibility, not less.

Once, we suffered from not knowing nearly enough. Now, we may be entering an era in which we know too much. Even if we could guarantee responsible use of AI and similar technologies – which we can’t – we would still bear the heavy burden of knowledge in a world that has become more predictable but no less dangerous.

But what is also true is that there are more of us now than there have ever been, citizen and career journalists alike, with significant resources at our disposal, to decide not only what the news is, but what it should mean and what responsible actions it should spur.

A number of media houses in Nigeria are currently battling a range of problems from low, irregular pay to poor training, infrastructure, and low trust rating as a result of poor ethics. My anecdotal experience does not suggest that displacement by bots is a serious concern in the face of these current existential crises.

The media is still a long way from where AI may be regarded as a clear and present danger to jobs. Yet, globalisation, which has narrowed boundaries, made travels cheaper and increased connections have also exposed consumers of media content in Nigeria and across the continent to higher standards.

With greater penetration of smartphones and other home devices (embedded with such bots as Siri, Bixby, and Alexa) at lower costs and the expansion of Internet services, my guess is that the demand for more AI services amongst Nigeria’s media consumers would also increase.

And hopefully, journalists who are in this business for the long run would have little or no option but to raise their game. The question is not whether the dots are connecting, but how quickly, responsibly, and efficiently journalists can connect them in the service of the craft of storytelling.

The future belongs to man and machines.

This is an abridged version of a paper on “Cybernetics, robotics, and journalism: Connecting the dots”, by Ishiekwene presented at a seminar at the Department of Mass Communication, Bingham University, Abuja on July 14

Talking Of Inspirational Oases In A Corrupt Nigeria, By Tunde Akanni

A letter to Sam, by Azu Ishiekwene