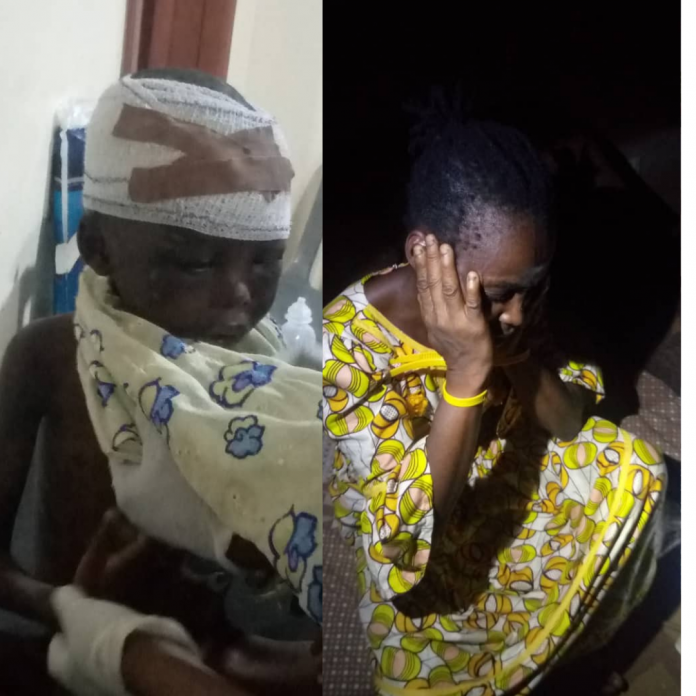 The Lagos State Police Command on Thursday arrested a 43-year-old woman, Williams Sharon, for alleged torture, and locking up a five-year-old boy for over six months inside her house at Gberigbe community, in Ijede, at Ikorodu Local Government Area.

Af24news gathered that for over six months, the little boy, identified as Michael Ibiyome has been suffering gross inhuman treatment and abuse allegedly in the hands of Mrs Sharon.

Many members of the community, said they didn’t notice the boy’s presence because Mrs Sharon is not friendly with anyone.

They said Mrs. Sharon came to live with the late landlady, but nobody knew a little boy was living inside the house with her because she does not relate with people in the community.

The neighbours said  that they noticed the boy whenever Sharon leaves the house. “We’ll hear the little boy crying inside the toilet, begging for food,” they said.

A community leader, and an executive of the Child Protection Network, Alhaji Lateef Akinborode, disclosed that the five-year-old boy was put under house arrest.

He narrated that when they came to rescue the boy, he was found tied up and hidden behind a fridge, with deep injury on his head.

Alhaji Akinborode said the boy was denied rights to education, food and healthcare for the period of six months.

Akinborode said, “A report got to us from the Ministry of Youths through the Ministry of Women Affairs and Poverty Alleviation about a boy who has been locked up for over six months with a woman reported to be his aunt. The boy had been denied access to education, feeding, health care, love, affection and free movement.”

“The woman has been dealing with the boy inside the house. And when we came, we kept knocking at the house for almost five hours.The neighbours confirmed that she was inside the house but she ignored us as we kept on knocking.

“We had to seek the help of the Lagos Neighbourhood Safety Corps (LNSC) and the Nigerian Police Force.

“After several attempts to gain access into the house of the perpetrator with the support of the police failed, she eventually opened the door by herself and was arrested.

“We went in to search for the boy. The whole house was smelling. We found the little boy tied up and hidden behind the fridge. We also saw a deep cut on the boy’s head, and festering injuries all over his body.

“The boy can’t walk. his limbs have become stiff because they tied him for hours. He’s presently at the Ijede General Hospital, and the doctors there said he would be admitted for three days.”