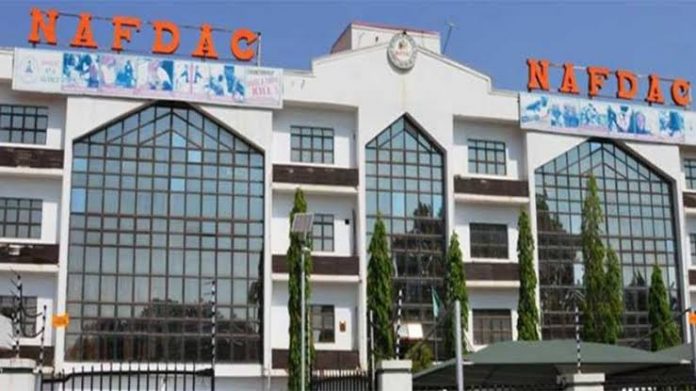 The National Agency for Food and Drug Administration and Control (NAFDAC) has assured the seven- day warning strike by its workers under the aegis of the Medical and Health Workers’ Union of Nigeria (MHWUN) will soon be called off.

The workers’ union demanded payment of promotion arrears owed its members for 2018 and 2019 promotionons, upward review of job-specific allowance in line with the minimum wage, immediate payment of all pending financial claims, better working environment, immediate resumption of payments of suspended severance allowances to retirees, better modalities in the payment of covid-19 palliatives, among other demands.

In a chat with journalists on Friday, NAFDAC Resident Media Consultant, Sayo Akintola, explained the Director General Prof Mojisola Adeyeye, has enjoyed a good work relationship with the union and its members since she assumed office over there years ago.

He however expressed the displeasure of the Director General the union went ahead to begin a strike when a meeting was already scheduled with the management of the Agency for next week Tuesday.

She also condemned the action of the union leaders preventing senior management staff from gaining access to their offices.

“Seriously speaking, it’s being resolved and before the expiration of the seven days, the strike would be called off.

‘’The Director General of NAFDAC, Prof Mojisola Christianah Adeyeye has enjoyed a good work relationship with the Union and its members since she assumed office over there years ago due to her staff-friendly management style.

“Whatever the issues are, the management and the union would have to sit and discuss to arrive at a mutually beneficial position in the overall interest of our country.

“It’s unfortunate that the Union had scheduled a meeting with the management for next week Tuesday only to embark on strike on Thursday.

‘’They should have waited for the outcome of the meeting before going on strike.

‘’This is the position of the DG when I spoke to her last night. She also said it is wrong for the Union leaders to prevent senior management staff from gaining access to their offices.’’