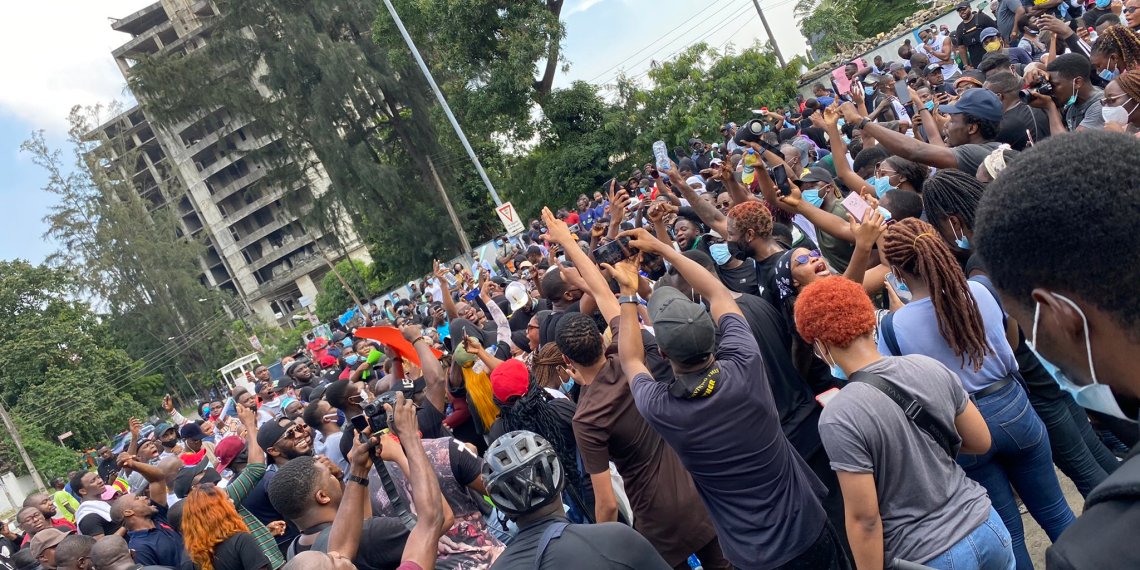 The Southern and Middle Belt Leaders Forum has warned President Muhammadu Buhari that the administration’s decision to tag promoters of #ENDSARS protests as terrorists will not kill the spirit behind the movement.

In a statement in Lagos on Wednesday, the forum accused the Buhari administration of sowing another seed that it might  not be able to handle the harvest when the fruit  comes .

According to the forum, the various jail houses across the country are reportedly filled with detained #ENDSARS protesters by the tyrannical use of state power that led to the crisis.

“ There have been reports of prevention of  leaders and supporters of the protest from travelling and alleged seizures of their travelling documents and freezing of their bank accounts without court process.

“This is happening at a time the Attorney General of the Federation is asking UAE authorities  to give him the records of trials of six Nigerian  Boko Haram funders convicted   in that  country by the highest  court  so he can certify whether justice was done or not,” it added.

The forum therefore demanded the release of all those arrested in connection with the protests or their being charged to court without delay.

The forum said what should be happening now is proper healing and ensuring that Nigeria does not have to go through the route  of #ENDSARS protests again.

“But as if implementing the unreleased decisions of the sectional and divisive Kaduna meeting, we have seen the branding of protesters with all kinds of odious propaganda, the latest being the CBN Governor labelling them ‘terrorists’.

“The CBN governor should have a proper definition  of terrorism serving a government that was  once accused  of paying  3m Euros to Boko Haram by WSJ and whose governors pose every now and then with bandits they are cuddling.

“We will be interested in knowing how money is wired to Boko Haram without the knowledge of our CBN.

“We want to know when the CBN Governor’s brief added political affair to monetary issues.

“We want to use Mr Emefiele as a point of contact to all those who lose their heads serving temporary power that it would end one day and they would be back to their roots,” it said.

The statement reads: “We did not miss the projection when we interpreted President Muhammadu Buhari’s regrets of his accepting the #ENDSARS demands quickly as being seen as a sign of weakness  in his last broadcast as a declaration that he would bare his fangs and ruthlessly deal with the protesters after the unwarranted and wicked killings of some of them at Lekki Toll Gate and other places.

“We are not in any way impressed by the belated and after thought measure of sending some Kaduna delegates like the Chief of Staff and the IGP round the non-Arewa sections of the country with a script to manipulate support for the ruthless killings of our young people and the barbaric desire to clamp down on social media as we have seen in the communiques  of the safaris to the South East and South West.

“We see the denial by Oyo State Governor, Engr Seyi Makinde,  that the South West did not canvass the clampdown on social media as a signal that the foot soldiers of the regime are deceiving themselves to colour  the good points our people made at those sessions with the stinking propaganda of deluded colonial lords in Abuja.

“We stand with all the innocent young Nigerians that the regime is persecuting without trial at this moment without flinching as our laws deem every accused person innocent until convicted by the law.

“We also demand a halt of the inquisition going on as it is an ill-wind that can blow no good.

“What Nigeria needs now is genuine engagement and facilitating a healing process starting  with the renegotiation of the union into a conducive one that can guarantee the happiness of the greatest majority. Mafia means and state terror can’t give good outcome as we have gone past that stage.”