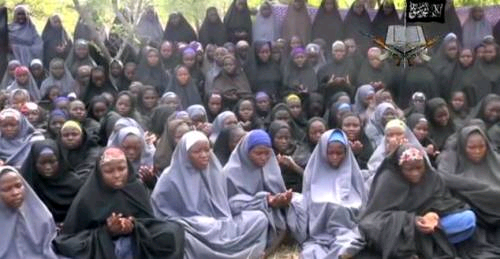 A fresh batch of 13 schoolgirls from Chibok community in Borno State, who have completed an intensive programme under the New Foundation School were among those who took the traditional community oath of the American University of Nigeria.

They joined other new students from all the 36 states of Nigeria, Rwanda, Niger Republic and Cameroon, to participate in the spring 2022 semester convocation and pledge ceremony along with parents, friends and relatives.

In a statement on Tuesday, the institution’s Executive Director of Communication, Daniel Okereke, said the Chibok students enrolled in the programme on the scholarship of the Federal Government.

“Under the Federal Ministry of Women Affairs guardianship, AUN has mentored them into vibrant, curious, and ambitious young women ready for university life and careers after graduation,” he said.

In July 2021, Mary Katambi, one of the Chibok girls who escaped Boko Haram captivity in 2014, had graduated from the AUN with an accounting degree.

Atiku Abubakar, former vice-president and founder of AUN, had shared photos from the commencement ceremony which held in Yola, Adamawa State capital.

Katambi, who donned a graduation gown, was flanked by Abubakar and Akinwumi Adesina, president of the African Development Bank (AFDB) who was the keynote speaker.

Mary was one of the 276 girls kidnapped from Government Girls Secondary School (GGSS), Chibok in Borno state, by the Boko Haram terror group in 2014.

Earlier, Joy Bishara and Lydia Pogu, ex-students of GGSS Chibok who also escaped from Boko Haram in 2014, graduated from Southeastern University in the United States.