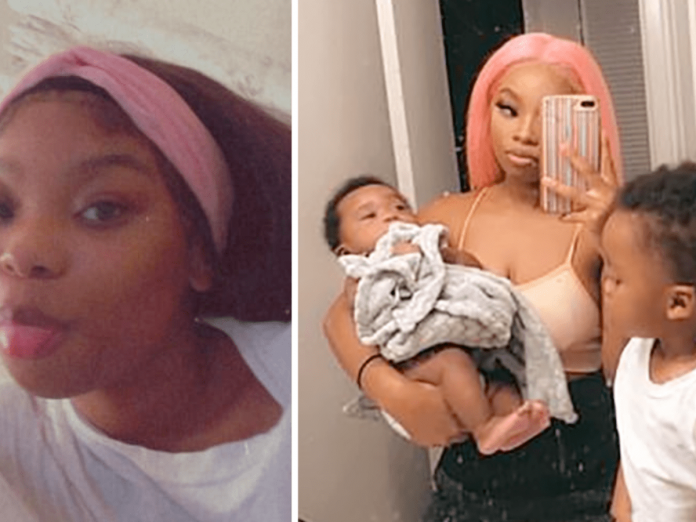 A Florida man has been arrested on a manslaughter charge, two months after police say his two-year-old son grabbed the father’s loaded gun from a Paw Patrol backpack and shot his mother dead while she was on a Zoom call with co-workers.

The Altamonte Springs Police Department on Tuesday announced the arrest of 22-year-old Veondre Avery in connection with the death of 21-year-old Shamaya Lynn.

Avery faces one count of negligent manslaughter and one count of unsafe storage of a firearm. He remains at Seminole County jail without bond.

According to a statement from the Seminole-Brevard State Attorney’s Office, on August 11, Lynn was on a work video conference call in her bedroom at her family’s apartment on Spanish Trace Drive when her toddler son had found Avery’s loaded and unsecured gun in a child’s Paw Patrol backpack on the floor.

While Avery was out of the home, the two-year-old took the gun, stood behind his unsuspecting mother and fired a single shot striking her in the head, the state attorney’s office said.

Lynn’s co-worker called 911 and requested a welfare check after hearing a loud noise and witnessing the woman fall backwards, never to return to the Zoom call again.

Police then received a second frantic 911 call from Avery, who had returned home to find his girlfriend lying unresponsive in the bedroom.

‘Hurry! Hurry!’ Avery pleads with an emergency operator. ‘I literally just got home, and my girlfriend was in front of the computer, there’s blood everywhere.’

The operator instructs Avery on how to do CPR, and tells him to lay Lynn flat on the floor.

‘Oh my god, there is blood everywhere,’ says the distraught man.

The operator tells him to pump her heart hard and fast and helps him stabilize a rhythm as he tries to save Lynn’s life.

When police officers arrived at the Oaks of Spring Valley Apartments, they found Avery administering first aid to Lynn.

Paramedics who responded to the apartment pronounced the woman dead at the scene.

‘I know it’s tragic, I know it may not have been something that that person wanted to do, but now you have consequences,’ Altamonte Springs Police Officer Rob Ruiz told WESH2 after Avery’s arrest on Tuesday.

According to her obituary, Lynn worked from home for a shoe company to help support her two sons.

‘Shamaya made many sacrifices because she wanted her children to have the best life, she could provide for them,’ the obituary read. ‘Shamaya was very active, had a bubbly personality, and enjoyed family gatherings. She meant so much to so many people. She was a kind, loving and considerate. She was an amazing mother of two sons- who she absolutely adored!!’

Both of Lynn and Avery’s sons have been in the care of family members since the shooting, according to police.