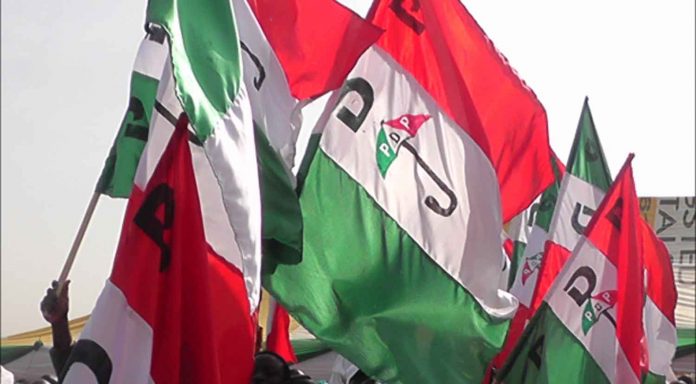 No fewer than 20,000 members from different political parties in Akwa Ibom State have joined the ruling Peoples Democratic Party, PDP, in the state.

The governor, Mr Udom Emmanuel, disclosed this while fielding questions from newsmen shortly after a PDP meeting at his hometown, Awa Iman 1 Civic Centre on Saturday.

Describing the defection as indication of the party’s dominance in the state, the governor assured all the decampees of a sense of belonging in the party.

He, therefore tasked stakeholders of the PDP across the 329 wards of the state to embrace and integrate the returning politicians to the party

He said, “In all the 329 wards of the state we are receiving 20,000 people returning to the party and there’s no way we could have done that at one location.

“What we are doing today is also to reassure the people that this is a PDP state and that we are ready to hold the ground and win the game.”

Speaking on behalf of decampees from the APC in Onna, a former Vice Chairman of Onna Local Government Council and chapter Secretary of the APC, Hon. Julius Okon, urged the governor and the leadership of PDP to protect his interest and other decampees in Onna LGA.