2022: Your time is up, Baptist president tells kidnappers, bandits 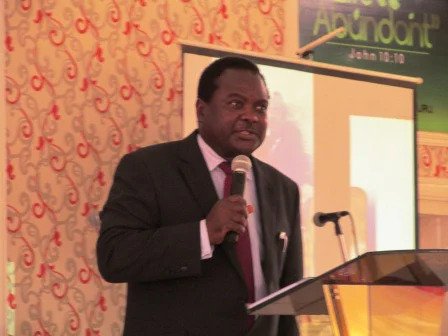 The President of Nigerian Baptist Convention, Israel Akanji, has said God’s glory will be revealed upon Nigeria in the year 2022 and the enemies of the country will be met with destruction.

Akanji said this in his New Year message released on Friday.

He said just like the Lord dealt with the Egyptians at the Red Sea, the same would the repeated against the enemies of Nigeria in this New Year.

Bandits had on July 5 invaded Baptist Bethel High School in Kaduna State and abducted about 121 students. Huge ransoms were paid before some of the students were freed but the cleric said the end would come to all that in the new year.

Akanji recalled that year 2020 went down with so much fear, saying many were sick but expressed gratitude to God for those who were delivered from their sickness.

He said, “In addition to the difficulty of the time, we were still facing kidnapping and banditry in the nation. Therefore, as 2021 was closing up, we were all calling upon God to give us a better year in 2021. Now we came into 2021 and we want to thank God that He did intervene, God did hear our prayers, God did make things to be much better.

The Baptist president whose message was centred on God’s glory explained that When God is glorifying himself, some. people would end up in defeat and shame.

“All kidnappers, bandits, ritual killers, armed robbers, those collecting ransoms and all those encouraging them, conniving with them; those who turn the other way when evil is being perpetrated, I want you to know your time is up.

“People are boasting that they have AK-47, they have bombs, they have all kinds of weapons to use, bandits are using strong motorcycles to perpetuate their evil. That’s how the Egyptians had their chariots but when God turned against them, the wheels of their chariots were removed.