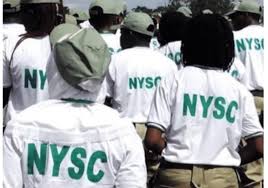 Christy Ubah, the Acting Director-General, National Youth Service Corps (NYSC), has said Corps members who will serve as ad hoc staff for INEC in this year’s elections should have improved allowances in view of the economic hardship in the country.

She explained that it has become necessary to look at the allowances of the corps members in view of economic realities, saying that the current allowances cannot cater for them.

Speaking when INEC’s Chairman, Prof Mahmood Yakubu paid her a courtesy visit on Friday, she said, “In its effort to ensure more corps members participated in the election process, the scheme had concluded plans to resume orientation camp for Batch A Stream 1 in January, the commission should leverage the orientation course to sensitise the corps members on their roles during the elections.”

Ubah noted that the scheme has sensitised the corps members that their security was being taken care of already, saying state coordinators have also been directed to encourage corps members to register on the INEC portal for the ad hoc staff assignment.

Prof Yakubu, the INEC chairman, on his part explained that it would be difficult to conduct elections in the country without the corps members.

He further explained that conducting the voting process at the polling units, collation of results, as well as transmission of results which are the most critical parts of the elections required Corps members to operate.

Prof Yakubu stated that the commission had included Corps members in the inter-agency consultative committee on election security at the state level where the state coordinators would work together with state Commissioners of Police to achieve a smooth process.

He said the commission would extend security to the lodges of the corps members involved in the election process while they are on the field so that they would be safe when they return.

He added that the commission had also provided insurance cover for the corps members deployed on election duty in view of the security challenges in the country.