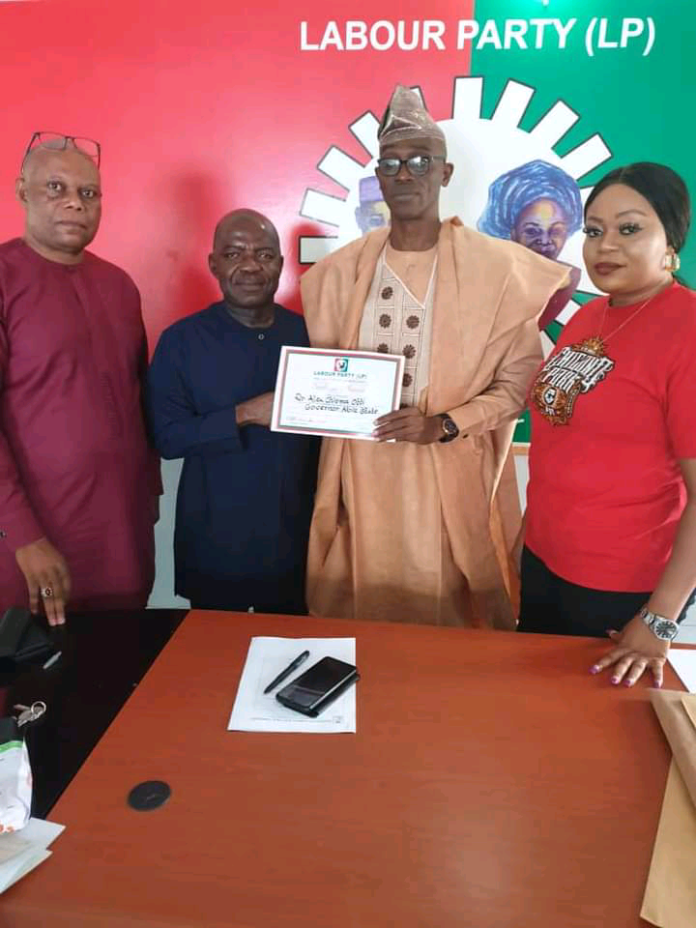 The national leadership of the Labour Party (LP) has issued a certificate of return to Dr Alex Otti as the governorship candidate of the party in Abia State for the upcoming 2023 general election in the state.

Otti received the certificate of return from the National Chairman of the Labour Party, Barrister Julius Abure, at the party’s National Secretariat in Abuja.

Mr Abure was flanked by the National Treasurer, Mrs. Oluchi Oparah and the National Vice Chairman, South-South, Prince Reuben Favour, during the presentation of the certificate of return to the Abia Governorship standard-bearer, Otti.

Recall that Otti in May 2022 announced his withdrawal from the governorship primaries of the All Progressives Congress, which later took place in Umuahia, the Abia State capital.

He accused the national leadership of the APC of negating true democratic principles in the conduct of its gubernatorial primary election in Abia state.

Otti explained that this well-thought-out decision was taken after due consultation with the army of his supporters, stakeholders, and above all, respected leaders of the APC within and outside Abia State.

“APC imposed a strange sharing formular on APC aspirants in Abia state, more than 90 percent of the aspirants, leaders and stakeholders of the parry opposed the decision and subsequently appealed to the leadership of the APC to allow an open contest that would give room for the emergence of popular candidates who would also enjoy the support of party members and the electorate during the general election. Unfortunately, the party stuck to its decision to go by way of imposition of aspirants. On the light of the above, i hereby withdraw from the governorship primaries of the All Progressive Congress,” he said.