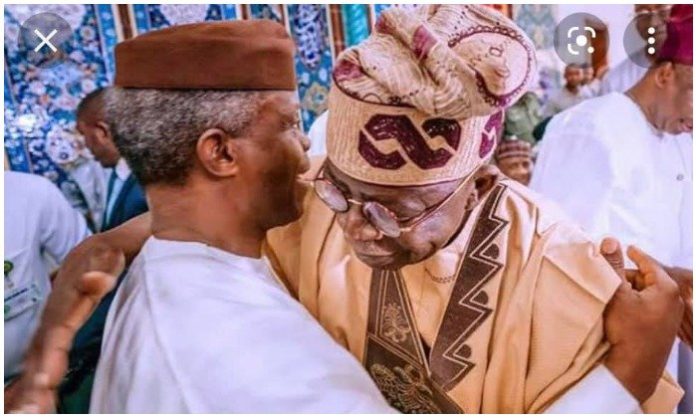 Vice President, Yemi Osinbajo is no longer a member of the All Progressives Congress, APC in Lagos state, Politics Nigeria reports.

Osinbajo had declared to run for President in 2023 on Monday morning on Channels Television.

However, his chief chief media aide, Laolu Akande when asked about Osinbajo’s membership, told the Independent that his principal was no longer a member of the ruling party in Lagos.

He confirmed that Osinbajo moved his membership to Ogun State when he revalidated his APC Membership status in Ward One, Ikenne, Ogun State on 9th February 2021.

Before his movement, Osinbajo was a chieftain of the Lagos APC with his polling unit at Code 33, Unit 2 Victoria Garden City, Lagos.

Tinubu in responding to Osinbajo’s declaration on Monday had said he had no son old enough to indicate interest in contesting for the position of a president.

Tinubu, the APC national leader, is also contesting for President in 2023.