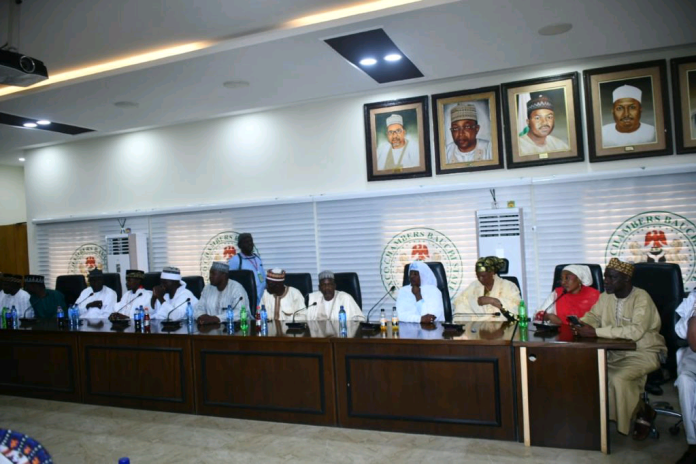 The People Democratic Party in Bauchi State has inaugurated a committee under the leadership of Senator Bala Adamu Kariya to reconcile aggrieved members and strategize for the success of the party ahead of the 2023 general election.

Speaking during the inauguration of the 22 members committee in Bauchi on Monday, Governor Bala Mohamed said the committee will be saddled with the responsibility of contacting all the party members and aspirants who were not satisfied with the conduct of the just concluded State and National Assembly primary elections in the state.

He said members of the committee were selected after a careful understanding of their pedigrees, profiles and leadership positions in the society.

The governor said the reconciliation committee will form a sub-committee of prominent personalities who will be bringing in other members of opposition political parties who are interested in joining the PDP in the state.

“We want to thank you most sincerely for accepting this responsibility vested on you. This committee have been given the mandate to go and resolve all these issues and you have four weeks to complete this assignment. Ensure you come up with a report after this assignment”

Speaking shortly after the inauguration ceremony, the Chairman of the Committee, Senator Bala Adamu Kariya thanked the leadership of the party and Governor Bala Mohammed for the confidence reposed in the members of the committee.

He said that the committee will keep to the terms of references of the assignment given to them, expressing optimism that the party will emerge victorious after the 2023 general elections.

He stressed that the committee will unite all members of the party, particularly those who are aggrieved after the conduct of the primary election.