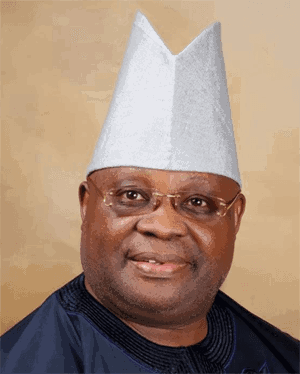 The people of Osun State have been urged to vote for the presidential candidate of the Peoples Democratic Party (PDP), Atiku Abubakar for their own good.

According to the Osun State governor, Ademola Adeleke, Atiku’s emergence as president at the forthcoming general election would relieve the state of its N402 billion debt because he would help offset it.

Frank Talk Now reports that the governor who was canvassing for votes for the PDP flag bearer and other candidates of the party made the pronouncement on Wednesday at a rally at Okesa, Ilesa.

The governor, who addressed the rally in Yoruba said the people of Osun State need to vote for the PDP because they are the people that would help him deliver good governance.

Frank Talk Now reported on December 15 that Adeleke cried out that his administration inherited a total loan stock of N331.32 billion from the past government under the watch of the Gboyega Oyetola.

According to him, apart from the November salaries left in the government coffers, nothing would have been left for him.

The governor while addressing some traditional rulers from the state then said “My good people of Osun state, the total loan stock as of today is N331.32 billion.

He revealed that “If the N76 billion debt on salaries and pension is added, the state is indebted to the tune of N407.32 billion. The amount owed to contractors is yet to be determined.