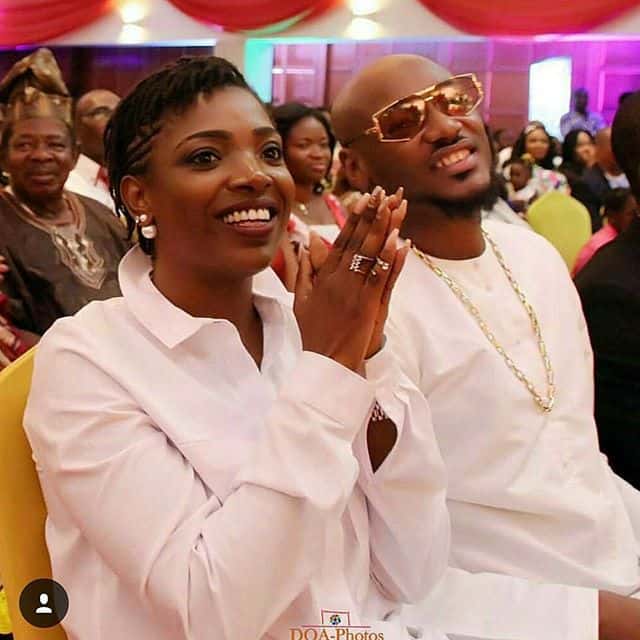 The sister of award-winning Nigerian singer, Tuface Idibia, Rosemary, has reacted to the statement of the singer’s wife, Annie, who claimed the Idibia family doesn’t like her no matter how she tries.

Recall that Annie called out her husband for sleeping at the residence of his ex-lover, Pero Adeniyi.

The actress in her statement accused her husband’s baby mamas of always using his children as an excuse for all sorts of rubbish.

Rose in her reaction said his brother saved Annie’s reputation by not telling his side of the story.

She said, “They tried to damage your reputation, you saved theirs by not telling your side of the story.”

Meanwhile, Annie has described Tuface brother, Charles as lazy and accused him of trying to suck his brother dry.

She wrote, “Maybe you all don’t know your brother is tired everyone trying to suck him dry. Because you have a successful brother na that wan make you lazy! sad”

“Living under my room (sic) and coming here to insult me and my mother, he has seven kids yet you are still trying to suck him dry! If trying to protect my husband and kids make me evil, so be it!”