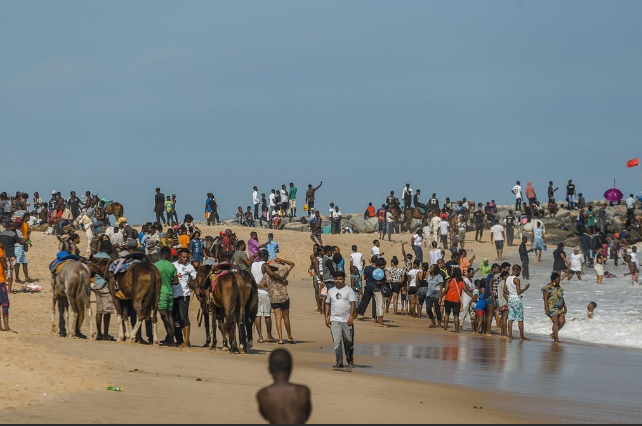 According to him, about 10 teenage boys visited the beach on Tuesday morning, to celebrate the success of their West African Senior Secondary School Certificate Examination (WASSCE) results.
He said while the beach authority and security team turned them back, the boys took a detour and went to an unmanned section of the beach area to swim.
He noted that unfortunately, about 10 of them were almost drowning before the beach security was alerted to the scene and six of them were rescued alive while four were still missing as of press time.
“While the matter has been reported at the Ilasan Police Station, effort is still on to find the missing boys,” he said. (NAN)