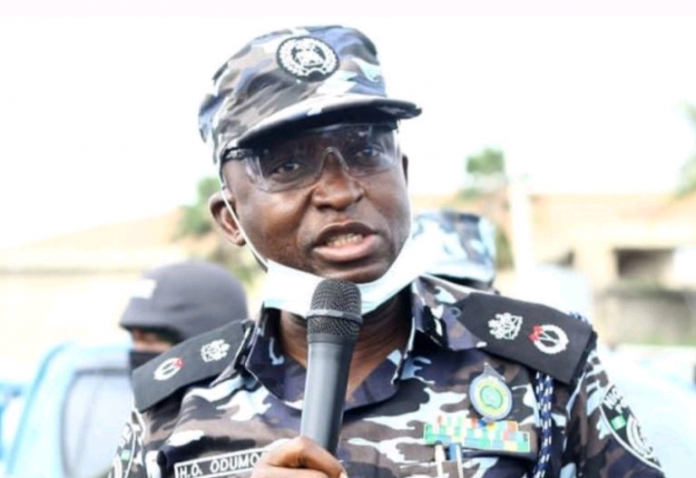 The Lagos State Commissioner of Police, Hakeem Odumosu on Tuesday disclosed that the command has arrested 493 armed robbers and 397 cultists between January and August 2021.

Odumosu disclosed this while speaking during the Lagos Chamber of Commerce and Industry’s 2021 Security Meets Business Dialogue Series in Lagos.

“In the same vein, one hundred and sixty robbery (160) incidents perpetrated by the hoodlums were foiled, while
six (6) residential robberies were successful but no life lost in any of these.

“In addition, the Command was able to recover forty (40) stolen vehicles: ninety-eight (98) arms and two hundred and forty-three (243) various calibers of ammunition: eleven (11) dangerous weapons and some illicit drugs.”

Odumosu said the Command had critically examined the security challenges in Lagos State and proffered possible solutions that are crucial to sustainable security, public safety and economic growth in Lagos State.

He stated that use of private guards and registered security operatives to complement the police and other formal security agencies were being encouraged by the Command.