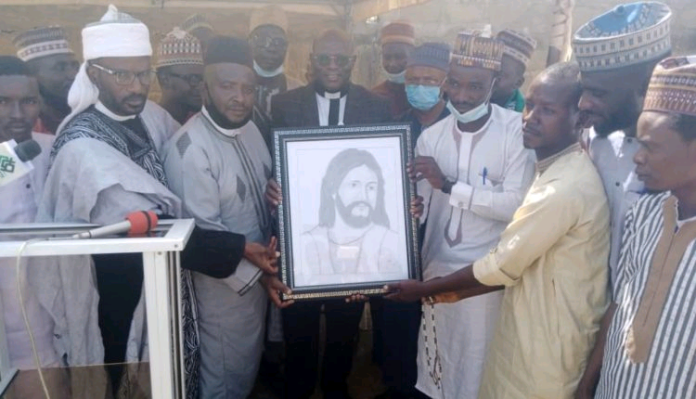 Five- hundred Muslims have attended a christmas church service in Kaduna as part of efforts to promote peace and unity among the faithful of the two religions (Christianity and Islam).

While receiving the congregation in his church on Saturday, the General Overseer of the Christ Evangelical and Life lntervention Ministry, Sabon Tasha, Kaduna on Saturday, Pastor Yohanna Buru expressed satisfaction over the large number of Muslim in his church.

He said despite insecurity challenges bedevilling the country owing to the outbreak of Omicron variant of Covid-19 and high cost of transportation, hundreds of Muslim faithful including women, youths and childrens attended this year Christmas morning service in his church.

According to the pastor, this was a clear demonstration that what they have been preaching (religious tolerance) for years is gradually sinking in the hearts of the people.

He noted the visit of about 500 Muslims to his church would no doubt strengthened the good relationship, better understanding, love and religious tolerance among the followers of the two religions.

According to him, for the past ten years, he has been receiving Muslims in his church during Christmas church service, saying, this year the turn out was so impressive as about 500 Muslims are in attendance.

“Over 500 Muslim from Kaduna, Kano, Zamfara, Katsina, Niger States and Abuja joined us at todays Christmas service to promote peace and unity.”

He added, ‘we have counted them one by one and got 525 Muslim that attended comprising of Tijjani, shiite and sunni sects.

“We must remember that we are created by one God, and we are the children of Adam and Eve, and we both have our holy scriptures (Bible and Qur’an)  from One God which guided us on how to live in peace and harmony with each other.”

Responding, one of the Muslim scholars, Sheikh  Ahmed Rufai said, this is not the first time of coming to celebrate Christmas with his friends in the church.

He said, every Muslim world wide respected Jesus Christ, and coming to the church to celebrate the birth of Jesus Christ makes him happier.

Adding that during the birth of Prophet Muhammad (Saw), Pastor  Buru usually come to their mosques and celebrate the birth of the prophet with them.

He thanked the church for the free meal and other donations which the pastor shared to all the Muslim that attended the church service.

He noted that coming to church to celebrate Christmas does not make make him a Christian but rather the gesture will strengthened the christians and Muslim relationship for peace and unity among the different faiths.

Similarly, the District Head of Kurmin Mashi, in Kaduna, Alhaji Rabo Abdullahi, Kurmin Mashi Sabon Layi, said, he was happy to see the number of muslim youths and Imams that attended the Christmas service.