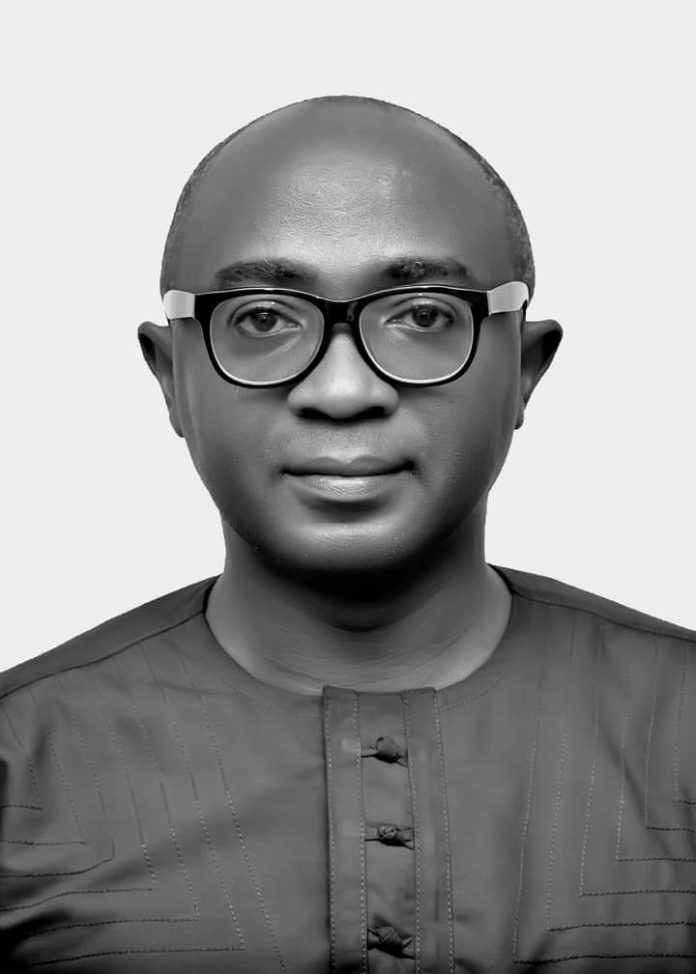 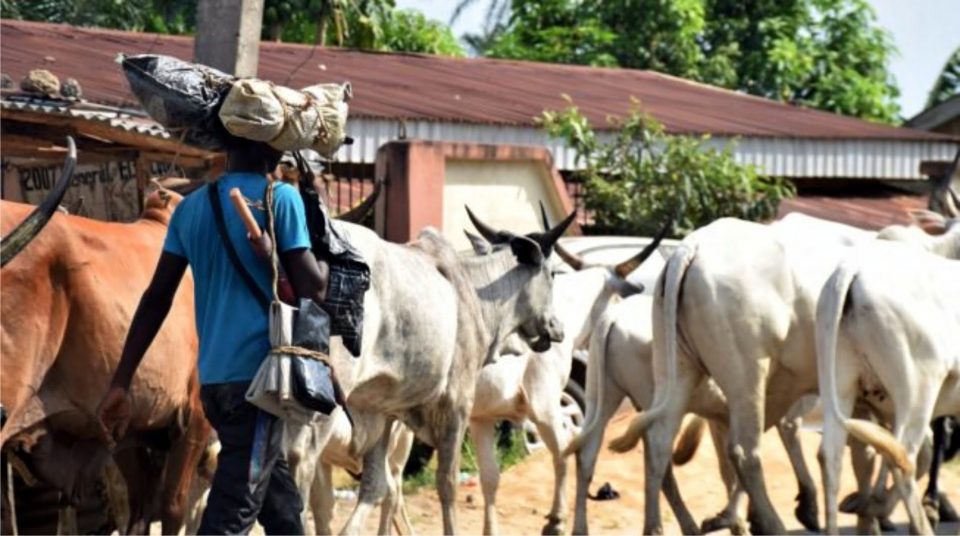 Nigeria as it is today is wobbling and jiggling, teetering like a fat man walking down the street, vacillating between sanity and insanity, oscillating between rationality and irrationality, and mostly towing an animated suicidal path.

The time has come for all well meaning people to advocate for a sanity check of the entirety of the national leadership apparatus of the country to discover how much of mental invalids hold the reins of political power.

A nation where irrationality and insanity outweigh rationality and sanity is one on the precipice of adamant fiasco. Nay, not a fiasco of a distant future, but one of an imminent nature. The paradox of plenty (in oil and natural gas) is the extreme and endemic poverty that has overrun all parts of the country with hyperinflation, endless deprivations, hunger and dire economic indices as announced quarterly by the National Bureau of Statistics.

This, in the midst of tremendously escalated insecurity, and heightened criminality, fueled by a roguish, rudderless leadership, shows the grovelling circumstances and near-failed-state-status the country has been embroiled in. Or what would any sane person call a serving governor of a state — that of Bauchi, as we have heard — justifying lawless criminals in carrying their AK-47 assault riffles even as they maim, kidnap, kill, terrorise and torment a defenceless citizenry.

Yet madness has levels and degrees. It can manifest as rash folly. Then it can graduate, if not curtailed or treated, to psychotic imbalance, and unsoundness or disorder of the mind. For the Nigerian national leadership in Aso Rock not curtailing this first salvo of atrocious madness, it has graduated to such unsoundness of thinking for another salvo to have been shot by yet another governor of a state — that of Zamfara I believe — who said that not all bandits are criminals! Can you see why there is an urgent need for a sanity check on these hideous and morally offensive leaders?

But the worst possible scenario is yet to come.

It became full blown when at a time while the top hierarchy of the Nigerian Army claimed or pretended to be searching for the kidnappers of the students from Kagara in beloved Niger state, a non state actor who happens to be a Muslim cleric, known as Sheikh Ahmad Gumi not only located them in their hideout in the forest where he dialogued with them, but also had photo ops with them shown to the entire world. Yea, to the entire world.

Now, the entire world knows — and it’s on record — the hypocrisy, pretence, sham, and moral self-contradiction of the Nigerian government, as it is presently constituted as a whole, from the very top to the bottom. The contrivance of virtue or goodness of the current Nigerian political leadership is a mere false appearance that conceals the real character, the evil inclinations, and dissimulation or deception embedded within it. The whole world knows that now without an iota of doubt. Integrity has long been thrown to the dogs. The swine, no matter how royally dressed and packaged, would always go back to its dirt, for it cannot help itself. It cannot but always show its true colours. It cannot be camouflaged for too long. The whole world knows now.

To top it all, and in a corporate insult on the sensibilities of the people of this country, multitudes of whom are victims of these lawless criminals and kidnapers and whose several family members have been slaughtered, this Sheikh Gumi said and I quote: “…  you call them killer herdsmen, how many people do they kill? Sometimes, they are on drugs. They want the money. When they kill, it is mostly accidental, maybe somebody they took who is sick. But tell me who they have killed? How many? Few.”  That’s as senseless a bunch of statements as it could be, ornamented in foolery. 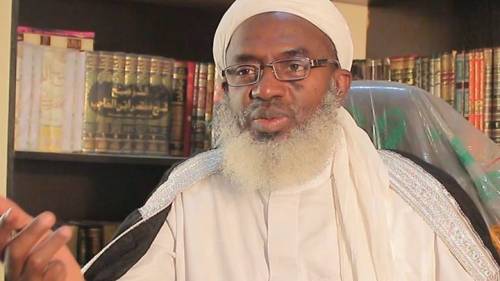 But then, Sheikh Gumi has clarified two critical facts, which we all suspected all along. One is the fact that the lawless criminals are Fulani who speak Fulfulde and Hausa and that they are Nigerians. He has met them and he concluded by stating that there is  ”… no doubt about that.” But of course, this is contrary to what the double tongued minister of information, Lai Mohammed, said when he claimed that these bandits and criminal herdsmen are not Nigerians.

Secondly, Sheikh Gumi clarified that the Nigerian military knows where they are. Let that sink in. That appears to give credence to what the retired general, Theophilus Danjuma said within the last couple of years or thereabout when he declared that the killer herdsmen (if you choose to call them that), or bandits (if that’s your preferred option), or insurgents (that’s a bit more dramatic!) have carried out their deadly operations in connivance with powerful elements in the Nigerian military. That’s not only more than sadistic, but the chain of conspiratorial link may even extend to other cubicles of the corridors of power.

When you combine all this with the recent call from the ambidextrous, unstable and Janus-faced attorney general of the federation for a pastoralism commission, then it all makes sense: create the conditions for mayhem (which in legal parlance is the crime of damaging things or harming people on purpose) to thrive; look away so that the lawless criminals would have a field day in damaging people’s farms and lives or harming or killing people; allow people to shout, cry and beg for help; then come with what appears as the solution as the good guy. It’s from the playbook of dictators and autocrats as well as from the workbook of wicked and unreasonable men.

In all of this, the most shocking and inverted diatribe is the one unleashed by Nigeria’s minister of defence, retired Major General Bashir Magashi, who poured acid on the wounds of Nigerians and the victims of these Fulani lawless criminals when he said that it is the responsibility of citizens to defend themselves from the invading lawless criminals; and that the Nigerian people should not behave like cowards at the mere sound of a few gunshots (which of course reverbrate from the criminals’ AK-47 assalt riffles).

This is the brief story, of course in part, of the roguish leadership crisis Nigeria is kneck deep into right now. It is the story of the Nigerian debacle, which with the tacit support of the one whom the buck stops at his table, has handled with a loud mix of indolence and insolence as well as, deafening silence.

Governor Akeredolu of Ondo state who recently indicated that most of the criminal herdsmen apprehended in his state speak Fulfude, also said: ”What we expect from Mr. President is for him to come out and let Nigerians know that he does not support criminality.” But that is not enough. It is the culture of impunity that thrives under the current administration in which criminal members of an ethnic nationality considered to be ”sacred cows” with their cows are worthier of dignity and of being protected by security agencies than others that is at the base — at the very foundation — of the present Nigerian debacle.

This impunity, and the monsters it has created, manifests as freedom from punishment or exemption from punishment and a lack of facing consequences for criminal action or behaviour; and it is exactly what will eventually snowball the country into a state of uncontrollable chaos and anarchy.

But the current Nigerian leadership should remember this: power is transient. Nigeria as a nation too is transient. Indeed, life itself is transient. You have it today and just when you think you have finally mastered it, it slips away from your tight grip.

Now, let’s consider the illogicity of reasoning of the minister of information: in one vein he claimed that the bandits and criminal herdsmen are not Nigerians; and in another vein he advocated that the Nigerian government should grant these supposedly alien bandits and criminal herdsmen amnesty; while also saying yet again in another forum that these bandits cannot be proscribed in the country because the federal government cannot destroy their hideouts in the forests because the ecosystem will be adversely affected. These lines of inconsistent, infantile, illogical reasoning are, combined together, lucid madness; and it demonstrates yet again the urgent need for sanity check on Nigerian leaders.

It should perhaps now make perfect sense to you why Bishop Matthew Kukah challenged the Nigerian president in December 2020 demanding that he owes the people of this country an explanation for the criminal killings now prevalent everywhere.

Then, let’s imagine for a second, that if for instance, Pastor E. A. Adeboye were to be having meetings with some sets of lawless criminals and kidnappers in Nigeria’s forests today and having dialogue with them, snapping photos with them and displaying the photos on the World Wide Web, by now Nigeria’s military intelligence, or the secret police (DSS) would have rounded him up for questioning on how he got direct or indirect links to the lawless criminals destabilising the country. And I bet Garba [Shehu] would have spewn some more garbage from the presidency on the Christian cleric.

But Sheikh Gumi has been traversing the forests from Zamfara to Niger and other places serving as a conduit and propaganda machine for these heavily armed lawless criminals (who got transmuted and repackaged from being terrorists to insurgents and now bandits) and the presidency looks away as if it’s normal. It only further solidifies the double faced, abject hypocrisy and sham that the current administration symbolises and the leadership failure at the heart of the new rationalisation of evil, in which killer herdsmen/bandits (with some openly armed with rocket propelled grenades and missiles that only the federal government can issue a licence for) are even now being portrayed as agitators for ethnic survival.

On a final note, if the Nigerian president would follow Mr. Rotimi Akeredolu’s admonition to publicly denounce these Fulani herdsmen’s criminality in the strongest possible terms, that would be awesome, and at least be the beginning of a sharp deviation from the past and the start of the healing process the country urgently, desperately and deservedly needs. But does the president have the balls, political fortitude and initiative to do the justly needful?

That remains to be seen.