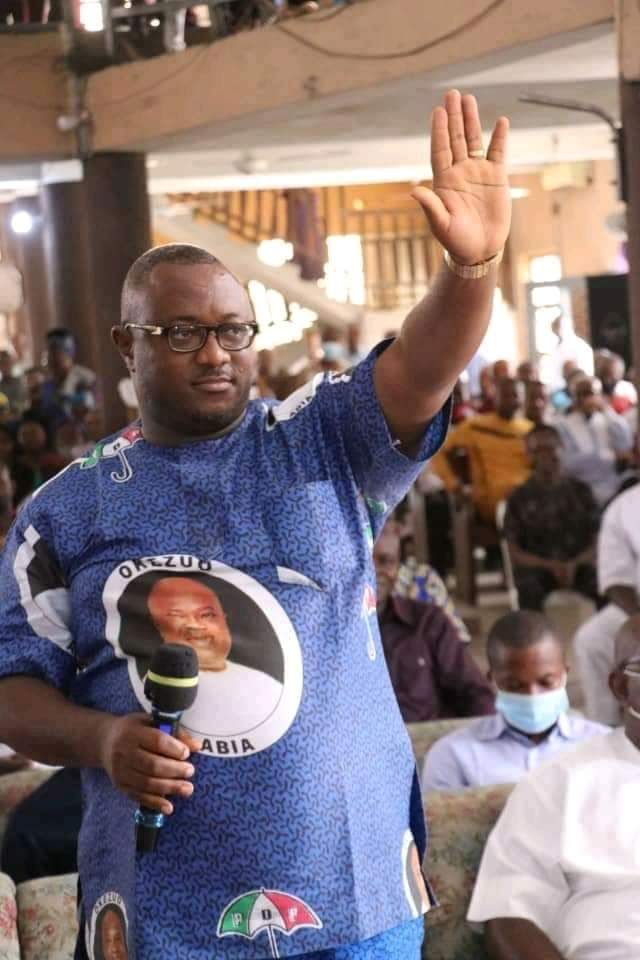 According to the Independent National Electoral Commission, INEC’s Returning Officer, the PDP candidate polled a total of 10322 votes to defeat his closest challenger and candidate of the All Progressives Congress, APC, Mascot Uzor Kalu who scored 3674 votes.

I’m the Returning Officer for the 2021 Aba North/Aba South Federal Constituency bye-elections held on the 27th day of March, 2021.

The All Progressives Grand Alliance, APGA, Action Alliance, AA, MRM and APM were the other political parties that fielded candidates in the election.

“That Chimobi Iheanyichukwu Ebisike of PDP, having satisfied the requirements of the law, is hereby declared the winner and returned elected,” he added.