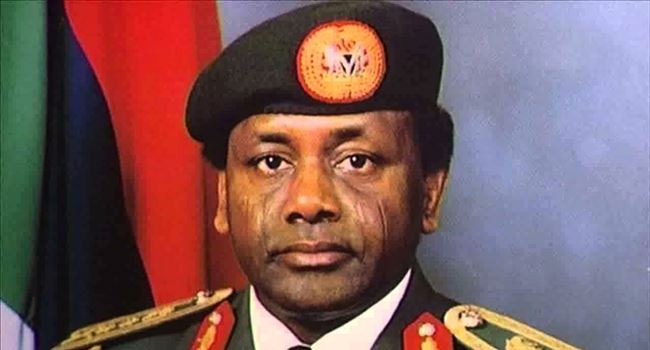 A total of $332.4 million loot traced to the former Nigerian Military leader, Gen Sani Abacha, has been repatriated to the federal government.

The latest was the return of a sum of $20.6 million loot to the Nigerian government.

Frank Talk Now learnt in a terse statement issued by the UN Department of Justice on Thursday.

Recall that in 2014, a judgement in the District of Columbia ordered the forfeiture of approximately $500 million; this is from more than the $625 million civil forfeiture complaint on different accounts traceable to money laundering involving Abacha, who died on June 8, 1998.