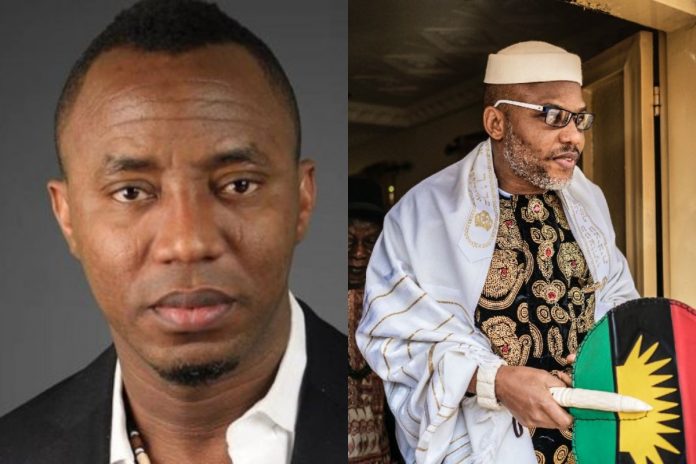 Activist Omoyele Sowore has called for the release of the IPOB leader Nnamdi Kanu shortly after he was arrested for treason, terrorism, and unlawful possession of arms.

Nnamdi Kanu got arrested earlier today and some netizens and concerned citizens like Omoyele Sowore have started calling for his release because to them Nnamdi Kanu hasn’t done anything wrong that he needs to be arrested.

According to Omoyele Sowore, asking for self-determination is not a crime that Nnamdi Kanu needs to be punished for but then the law doesn’t see it that way therefore he is going to be made to face the law in due time.

The court has ruled that Nnamdi Kanu be in the custody of the DSS until July 26th where he will be presented to the court and then the law will take its course but then Omoyele Sowore and some others seem to disagree with that.

Social media being the safest place for them right now, Omoyele Sowore and some others have begun a #free Nnamdi Kanu now on social media to seek justice for his freedom to be given to him back again.

The IPOB means The Indigenous People of Biafra which is a Biafran separatist organization in Nigeria. Its main aim is to restore an independent state of Biafra in the South East of Nigeria through an independence referendum.