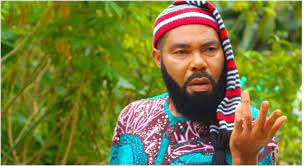 Embattled Nollywood actor, Moses Armstrong has been suspended as a member of the Actor’s Guild of Nigeria following allegations that he molested a 16-year-old lady in Akwa Ibom.

The actor was arrested by officers of the state police command after a complaint was filed against him.

Confirming his arrest, the president of the guild, Emeka Rollas said the matter was being handled by the First Lady of the state, Martha Udom Emmanuel through her Family Empowerment and Youth Re-Orientation Path Initiative.

In a statement released on Saturday, June 15, and signed by its publicity secretary, Monalisa Chinda-Coker, thenGuild said Moses has been suspended forthwith and was prohibited from acting until the investigation into the allegation is concluded.

Read the statement below. 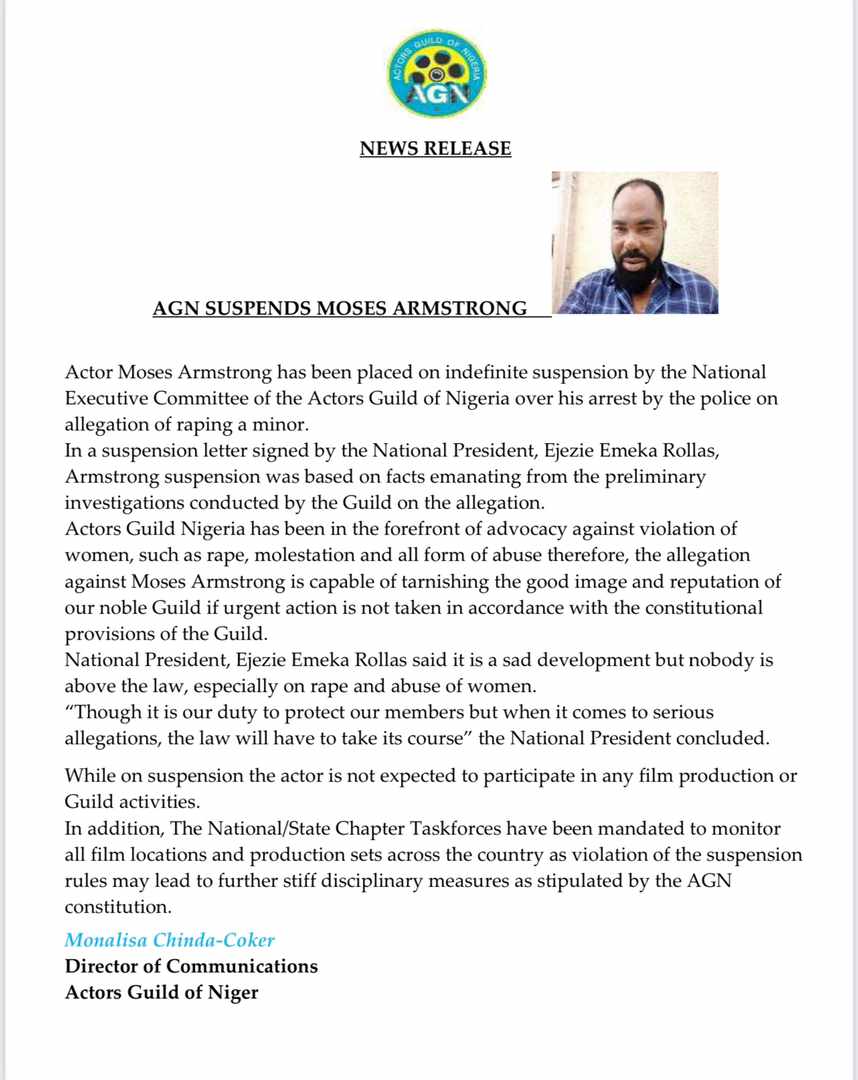 Burna Boy: Various times artiste has been involved in acts of violence