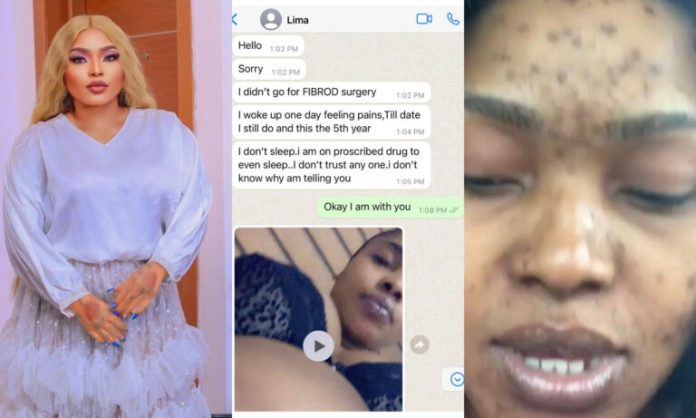 Frank Talk Now recalls that a controversial blogger, Gist Lover, disclosed that the actress was involved in a relationship with the cleric.

A few hours after the reports emerged online, Halima Abubakar, via her Instagram story, claimed that there would be a disaster if she opened her mouth to confirm the rumours.

Halima Abubakar further threatened to disclose more secrets on social media if anyone tried to bully her with unnecessary messages.

She wrote: “None of you idiots scare me..

A new update that is making rounds on social media is Halima Abubakar’s confirmation of the past events to Gist Lover.

The controversial blogger shared some screenshots from the conversation he had with the actress, accompanied by numerous videos of her present situation.

The videos were in contrast to Halim Abubakar’s uploads on social media.

Check below to see screenshots of the conversation.