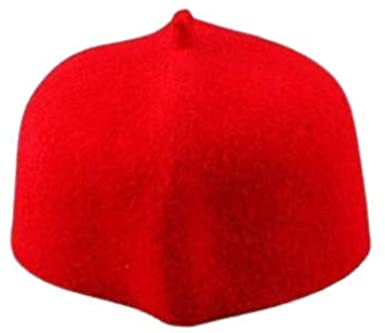 The purpose of this script is to prove to Africans,Black Americans, and the University of Ibadan that Igbos were the first  Set of Africans to embrace Western Civilization, to adopt  Christianity, hence 99% of Igbos are Christians whereas the other large ethnic group as the Yorubas have 35% Christians, 65% Muslims and they claim they were the first set of Black People to embrace Western Education through the education and clergy status of Bishop Adjayi Crowther in  or about eighteen hundred while MaziOludahEkwuanno was educated about the seventeen hundred as the script substantiates.

In 1789, a middle-aged African-born man in London published The Interesting Narrative of the Life of Olaudah Equiano, or Gustavus Vassa, the African, laying the foundations for new genres of literature and new ways of understanding the experiences of enslaved people. In this autobiography, the author, Olaudah Equiano, detailed his life journey from African captivity to Atlantic slavery to British freedom. In twelve chapters, Equiano presented a body of evidence that helped to support the cause of abolition and the end of transatlantic slaving by Britain and others.

Equiano, according to his Narrative, was born into an Igbo community in what is now Nigeria. He came from a powerful family—his father was a political leader—but that fact could not prevent Equiano from being kidnapped into slavery. Along with his sister, Equiano was captured from his village and marched from trader to trader for several months to the Atlantic, where he was sold to a ship bound for Barbados. At this point, he was only eleven or twelve years old. In his biography, Equiano candidly described how the experience stirred fear and confusion in the Africans it ensnared: white people, sailing ships, and life in the stinking holds convinced him and others that they were “in another world.”

After surviving the Middle Passage and landing in Barbados, Equiano was sold to the North American colony of Virginia where, in 1754, he was purchased by Lieutenant Pascal, an officer in the Royal Navy. Equiano traveled extensively and learned the mariner’s trade with Pascal, who sent Equiano to London for schooling. With a rudimentary education and significant maritime experience, Equiano had a life much different from what he would have experienced on a plantation. This eventually proved to be a great asset. Despite allusions to his manumission, Pascal sold him to a captain bound for the Caribbean, who in turn sold him to a Quaker named Robert King in Montserrat. King recognized Equiano’s skills and put him to work in marketing rather than in the fields. In 1766, after three years in his service, King allowed Equiano to purchase his own freedom. As a free man, Equiano turned to his sailing experience to earn a living and sailed the Mediterranean and Atlantic, including some adventurous scientific explorations.

Equiano returned to London where he became connected with some of the leaders of the abolition and anti-slavery movement there, most notably Granville Sharp. Around the same time, he converted to Christianity, a move that was of sincere importance to him. With renewed motivation and good political connections, Equiano, along with his friend OttobahCugoano, began to campaign for the end of the slave trade.

These efforts culminated in the publication of his Interesting Narrative. The book was successful both in spreading its message and in earning Equiano some profit. Literary scholars and historians credit Equiano’s work with establishing the genre and format of the “slave narrative,” which other authors would use as a model for their own stories.

Equiano died in 1797, before Britain took positive action toward abolition. Nevertheless, his Narrative doubtless helped to push the British public to rethink their relationship with and commitment to human trafficking. More than two centuries after its publication, Equiano’s Narrative remains an important source. Recent scholarship opens the possibility that Equiano might have been American—rather than African—born, but his autobiography still stands as one of the most valuable and singular depictions of the human experience and African life in the Atlantic world.

Veteran of The Nigerian War of Genocide against Biafrans.