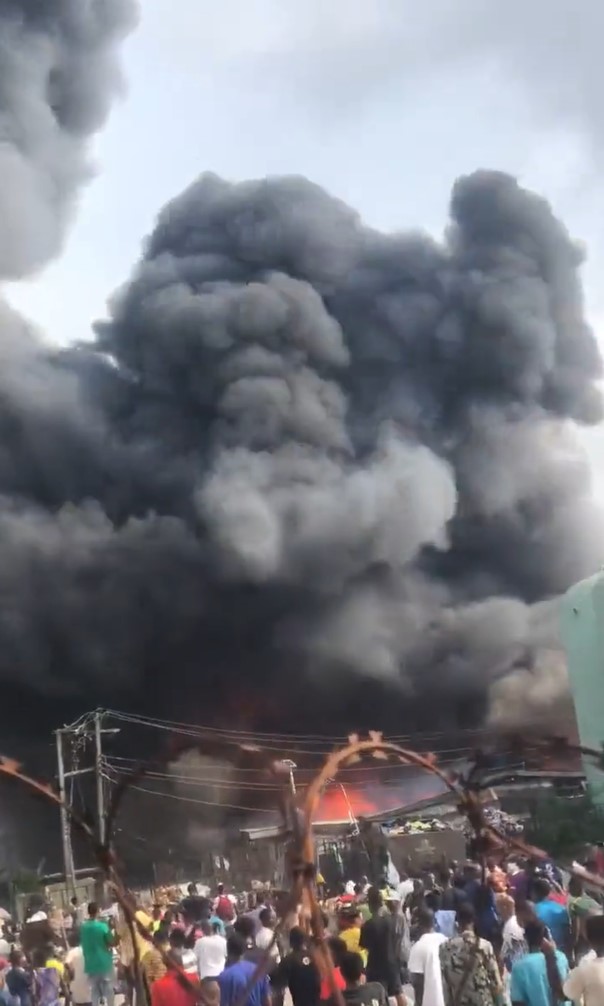 The popular Yaba market in Lagos has been gutted by fire. This is the second fire incident in Lagos on Tuesday. Earlier, a fire incident was reported in the Adeola Odeku area of the state where six people were reportedly dead.

According to different sources on Twitter, the fire is currently raging along the popular Yaba market in Lagos, and onlookers are unable to put it out.

Heavy smoke was seen filling the air as the fire continued destroying properties around the area.

As at the time of filing this report, our correspondent could not ascertain the cause of the fire incident or if Fire Fighters were close.

But feelers from the clips seen online show that the people around the area where the incident took place were really helpless as the fire wreaked havoc in the market.

This is coming barely hours after a fire incident in Victoria Island burned an unspecified number of persons beyond recognition.

Both events occurred just as Nigerians were still angry and mourning the demise of Ifeanyi Adeleke, a popular Nigerian Singer, Davido’s son, who died from drowning.