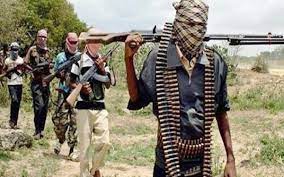 Bandits have given residents of Rafi Local Government Area in Niger State the option of entering into a peace deal with them in order to save their community from further attacks.

It was gathered that the bandits released some of the abducted residents on Friday and Saturday without any ransom paid, all on the basis of the peace deal.

The community was attacked on Wednesday night, during which three persons were killed and many abducted, including five women and the Chief Imam of Maguzawa.

The five women and the chief Imam were later released and were told by the bandits to inform the residents of the need for the peace deal arrangement.

According to the plan of the bandits, they told the chief Imam that the peace deal is to enable them (bandits) to stay within their communities without reporting them to the authorities or harassing them.

It was also learnt that the victims abducted from two communities, Maguzawa and Gidigore on Tuesday and Wednesday, were also released on Saturday without payment of ransom.

Some community leaders told said that they rejected the peace deal with the bandits, complaining that they do not trust the bandits.