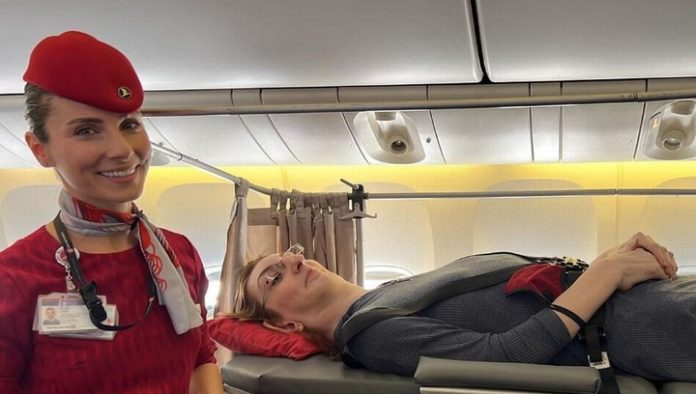 The world’s tallest woman has flown on a plane for the first time in her life.

Turkish Airlines moved six economy seats to make room for Rumeysa Gelgi who features in the Guinness Book of World Records for her 7ft height.

The 25-year-old usually gets around using her wheelchair, as she has Weaver syndrome, a rare genetic disorder causing rapid growth.

She took the flight from Istanbul in Turkey to San Francisco in the United States.

The airline turned six plane seats into a stretcher to accommodate her.

Updating on social media, Ms Gelgi told her 19,500 followers about the trip.

She said: “A flawless journey from start to finish… this was my first plane ride but it certainly won’t be my last… a heartfelt thank you to each and every person who has been a part of my journey.”

Ms Gelgi, who works in the technology software industry, says she will be in the US for at least six months to further her career and collaborate with Guinness World Records.

Gelgi has held a Guinness World Record since 2014, when she became the tallest teenager living, before being recognised as the world’s tallest woman in 2021. 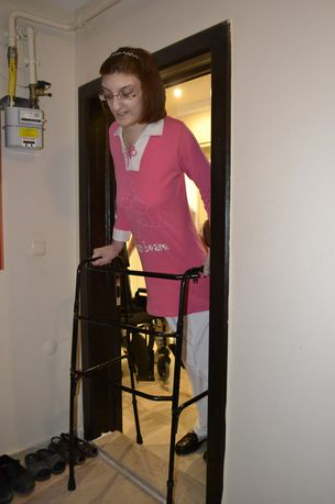