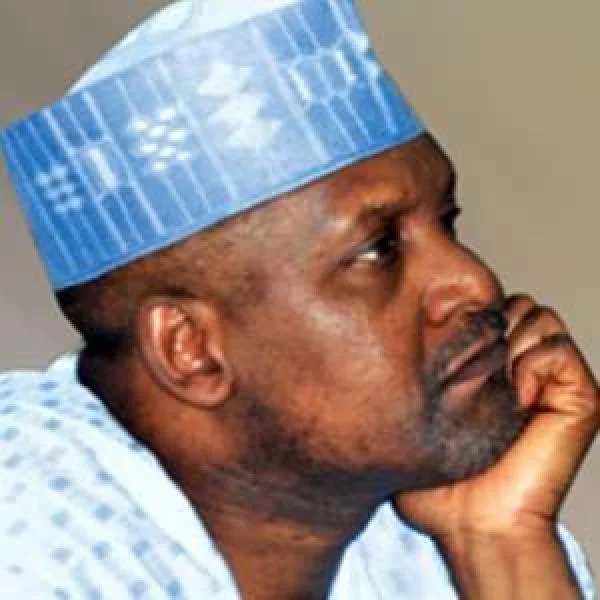 Frank talk Now had reported earlier that the Vice-President of the Dangote group died of an undisclosed illness at a hospital in the United States last Sunday.

The deceased was subsequently laid to rest on Wednesday at the Alhassan Dantata family cemetery in Koki quarters (Sarari) of Kano metropolis.

Dangote who spoke of his brother’s death while receiving 2023 presidential hopeful and the National Leader of the All Progressives Congress, Bola Tinubu, at their (Dangote’s family house) in Kano, said it was so painful he had to watch Sani die in his presence.

According to Nigeria’s richest man, himself, their mother and Sani’s wife and children were all present to witness their beloved last breathe, an experience he described as tormenting.

“It is a very tough time for us; it has been very trying, especially for myself. Having a brother like him; once you lose him it is very painful. He died in front of me, our mother and all his children,” said bereaved Dangote.

He added: “The most painful thing is when you are told that your brother will pass on in about an hour and you stand by watching as the machine was going down until it stopped working. It was very tormenting.”

Dangote expressed his gratitude to Tinubu and his entourage for visiting the family to mourn the demise of his brother.

He said that their presence would help to reduce the pain of their loss.

He added, “Your Excellency, you are our host because you are the governor of all of us and we thank you for taking almost the whole week struggling with the crowds, it’s not easy.

“I thank you all for all your prayers and your support. This will help us to reduce the pain that we are going through.”

On his part, Tinubu told Dangote that he received the news of Sani’s death with great shock.

The former governor of Lagos State described the deceased as a gentleman during his lifetime.

“I call on the family to take heart and continue to pray for the repose of the soul of late Sani Dangote. We are here not to just commiserate or console you, we are here to mourn our dear brother,” Tinubu said.