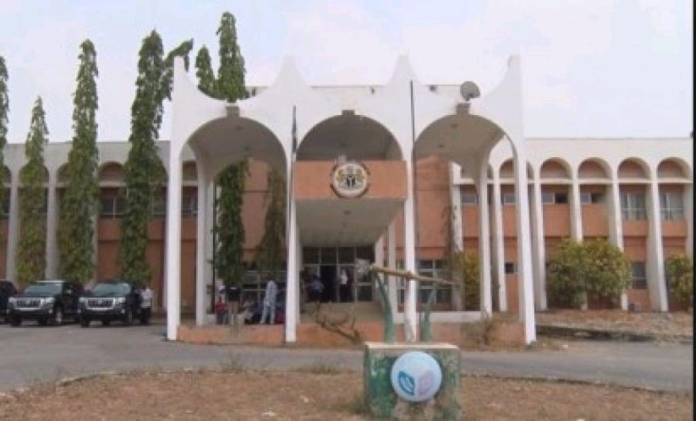 Kogi State House of Assembly has flayed the activities of the Kogi State Transport Management Authority (KOTRAMA) insisting their activities have continued to infringe on the fundamental human rights of the people.

Raising a motion of urgent importance, the House of Assembly member representing the Olomaboro constituency, Anthony Ujah enumerated how the officials of KOTRAMA have been engaging in extorting vehicle owners and infringing on the fundamental human rights of the Kogi people.

“The House has empowered the KOTRAMA Officers as new marshals to sensitize the road ushers on proper usage of road and enforcement, control traffic at intersections and roundabouts, help school children at Zebra crossings and help accidents victims and clear off the road accident debris.

“Painfully, to the greatest surprise of the unsuspecting public, the ‘ traffic officers became dreadful, leaving their core mandates and began to unleash mayhem on road users for flimsy violation of traffic rules, exhibiting a flagrant display of unwholesome practices and high-level compromise for extortion and bribery from unsuspecting motorists and commuters. In some instances, they were accused of arresting motorists and commuters at will. In some cases beat up their prey for not meeting their demands without contravening known traffic laws, They were also accused of having their cell office at the Ganaja junction”.

He prayed the house to bar KOTRAMA officers from beating up drivers, extorting them and collecting bribes or performing direct financial transactions with motorists and commuters.

The Chief Whip of the House, Ahmed Dahiru seconded the motion saying the activities of KOTRAMA in the state have rather created more traffic problems than solving them.

The Speaker of the House, Mathew Kolawale in his contribution also gave a vivid account of how a traditional ruler from his constituency was molested and all efforts by him to intervene were rebuffed by KOTRAMA officials.

After much contributions by other members of the House, the House resolved to summon the Commissioner and Permanent Secretary of the Ministry of Transportation, Chairman KOTRAMA, and Chairman Kogi travellers to give insight into the activities of KOTRAMA in the state.