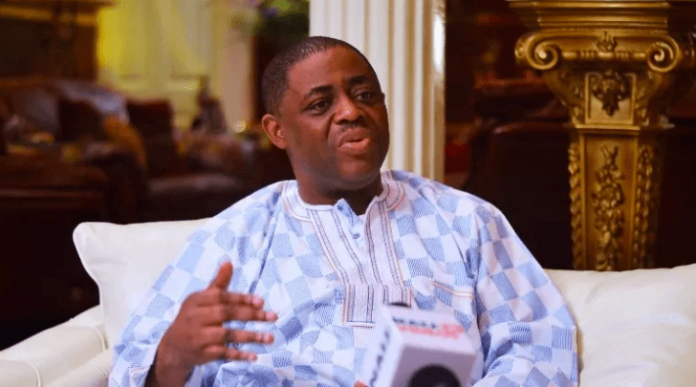 A former Minister of Aviation, Femi Fani-Kayode, has said a former Deputy Senate President, Ike Ekweremadu and his wife, Beatrice may be innocent of allegedly harvesting the organ of a child.

The United Kingdom Metropolitan police had arrested and arraigned Ekweremadu and his wife for allegedly harvesting the organ of a child brought into the country.

The couple, who appeared before the Uxbridge Magistrate Court on Thursday and were denied bail, are said to have brought a homeless 15-year-old boy to the U.K. from the streets of Lagos.

But, Ekweremadu through his lawyer, Gavin Irwin, told the court that at no stage did he arrange transport for anyone with intention to exploit them.

Reacting, Fani-Kayode said Ekweremadu should be presumed innocent until proven otherwise by the court.

In a Facebook post, Fani-Kayode wrote: “It is totally unacceptable and a serious crime under British law for a man to take a child into the United Kingdom for the purpose of removing its organs FOR SOMEONE ELSE’S USE.

“Children have rights. They are not slaves or chattel that can be bought or sold for their body parts.

“Despite all this, I refuse to assume that Senator Ike Ekweremadu and his wife are guilty of this wicked act unless and until I see the evidence or they are proved so by a duly constituted court of law.

“There is a presumption of innocence in criminal matters and this is what I hold on to.

“I pray for the Ekweremadu’s at this difficult time and I also pray for that poor child whose organs were to be removed.

“May God grant us more sensitivity, compassion, love and kindness in this country, especially for our children.”