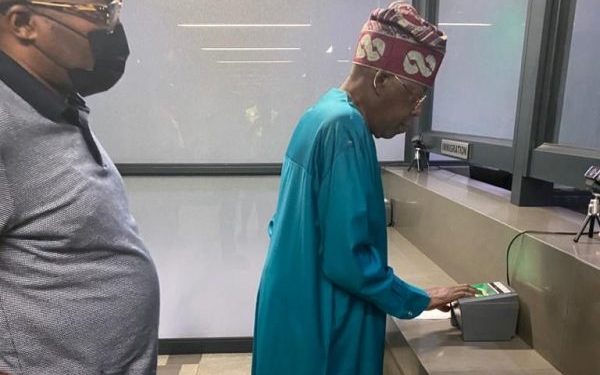 The National Leader of the All Progressives Congress, Asiwaju Bola Ahmed Tinubu, has returned to Nigeria amid reports of a deteriorating health.

The news of Tinubu being flown abroad for treatment spread on Tuesday following reports published in certain quaters of the media, wherein it was alleged that he (Tinubu) is critically sick. 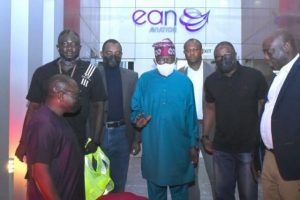 However, amid confusion over the report, the Tinubu Media Office released images of the two term former Governor of Lagos State arriving the country via the Murtala Muhammed International Airport, Ikeja Lagos.