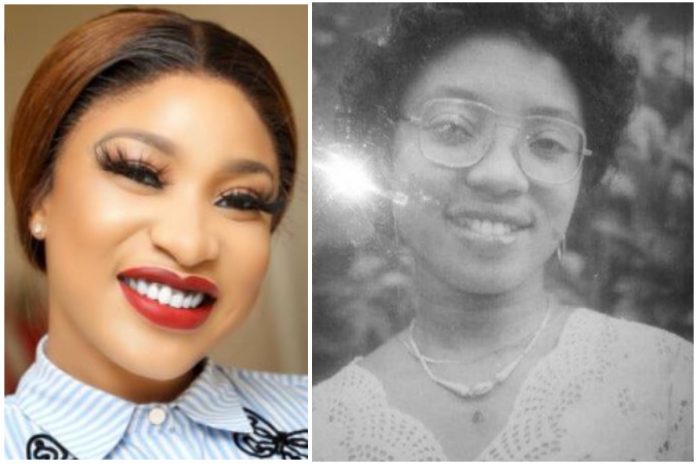 The actress via her verified Instagram handle celebrated her late mother revealing how they have all healed from the grief that came alongside her passing.

The mother of one noted that it’s time for them to celebrate her death, praying that her late mother continues to rest in peace.

She wrote; ‘Celebration of Life. 32years Gone..
We’ve hurt, we’ve healed ,now it’s time to celebrate what beautiful life you may have lived.
I hope you keep on resting in Peace Mama
Love Always, Your Little Girl.’ 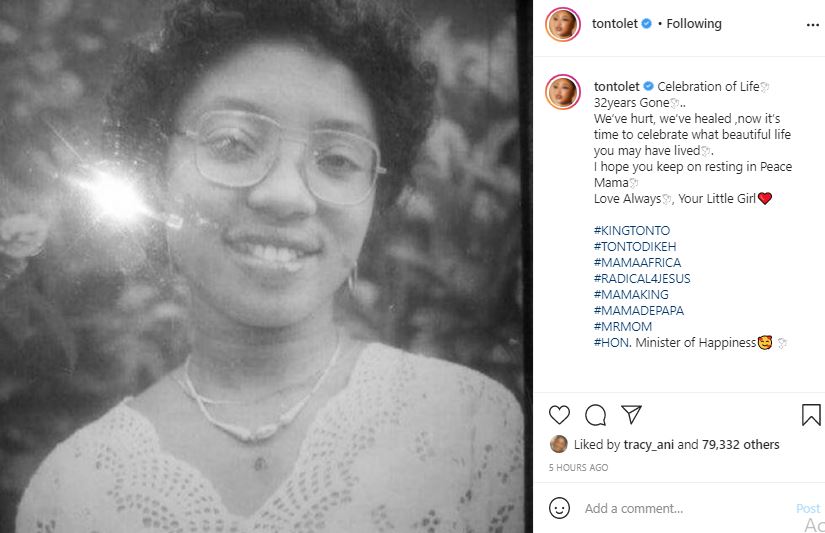 Recall, Tonto Dikeh reacted to her relationshiip saga making the rounds on social media with her ex boyfriend, Prince Kpokpogri.

The reaction came in response to Mayor Blessing, a Delta state politician, who is also friends with her ex boyfriend standing up for her.

Frank Talk Now recalls that Kpokpogri had accused Tonto of cheating right from day one of their relationship and had hailed Olakunle Churchill, her ex husband for being a man.

Reacting, Tonto appreciated Mayor for speaking up for her following her issues with Kpokpogri.